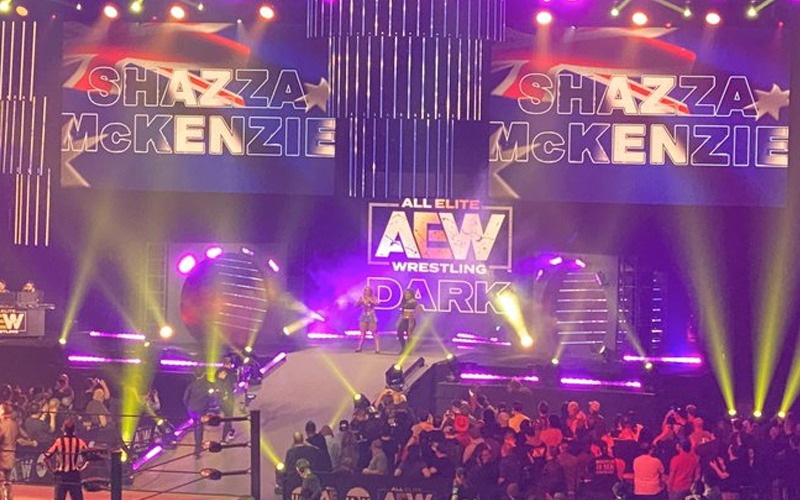 AEW held their television tapings for Dynamite from Charlotte, North Carolina this week. There was action before and after the show that will be used for next week’s episode of AEW Dark.

In the first match before Dynamite went on the air, Big Swole took on Hikaru Shida. After what was said to be a good match, Shida won.

Shazza McKenzie and S Royal faced Leva Bates and Nyla Rose. After a short match, Rose and Bates picked up the win. Nyla Rose did pretty much all of the heavy lifting in that match.

Kip Sabian and TH2 vs SCU and Cima closed out the show. In the end, Cima and SCU pulled down the win to send the crowd home happy.