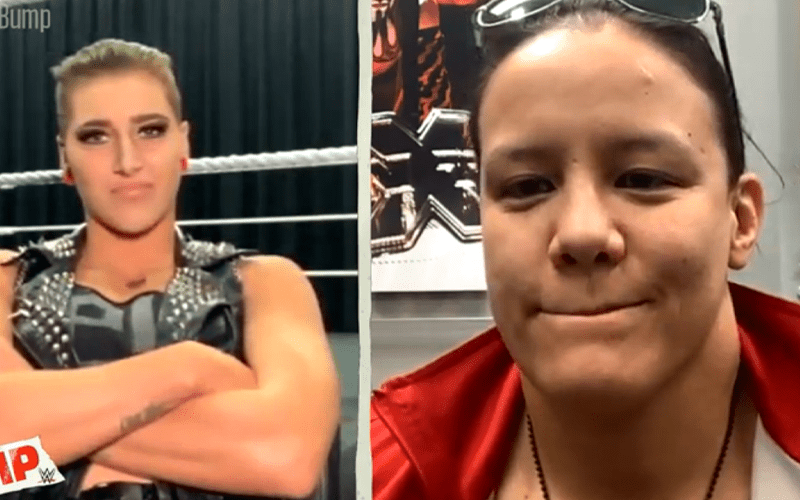 NXT will be holding the first-ever all female WarGames match. Now we know some of the women who will be competing in that tough contest.

Shayna Baszler and Rhea Ripley were guests on WWE The Bump today when they revealed the members for their WarGames teams.

Rhea Ripley revealed that her first pick is Tegan Nox. She said that Tegan is her pick because she teamed with Nox during SmackDown. Her second pick went to Candice LeRae because “she’s a spitfire and I know for sure that she’s going to be fighting from the bottom up.” Then she stalled on announcing her final pick. She considered Dakota Kai, “but she’s just not shown me she’s a good fighter.”

Baszler revealed that Bianca Belair is her first pick followed by Io Sharia. Then Shayna Baszler said she’s not revealing her last pick “until I hear Rhea’s stupid pick.”

When asked why she didn’t pick Jessamyn Duke or Marina Shafir, Shayna Baszler stated that she’s seen enough WarGames matches to know what she needs “friends on the outside.”

They did not reveal their final picks, but Shayna Baszler did seem to upset Dakota Kai for saying that she would be a “wasted pick.”