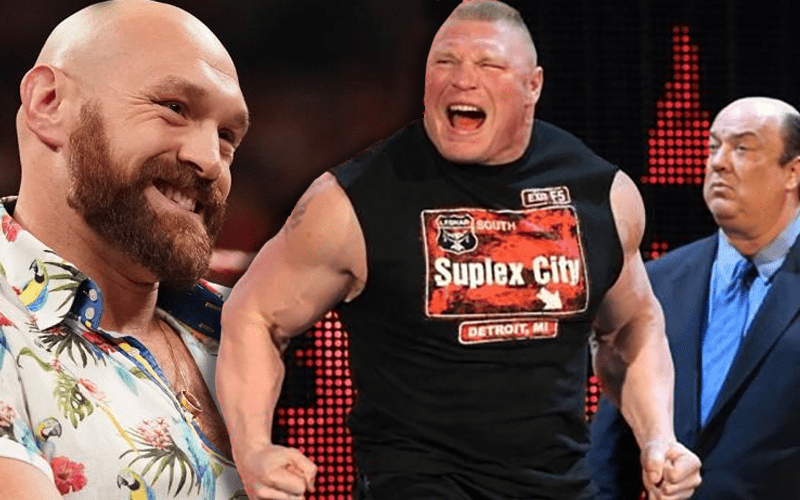 Brock Lesnar could have an undefeated opponent ready to face him soon enough. It sounds like Paul Heyman isn’t him backing down from a fight either.

Tyson Fury recently stated that he wants to face Brock Lesnar WrestleMania. That dream match very well could become a reality if Paul Heyman has anything to say about it. Heyman is Brock Lesnar’s “people” and he is ready for Fury to hit him up about this big money match.

Yeah Yeah Yeam, I saw that. I know. @Tyson_Fury wants to capitalize on @BrockLesnar’s global superstardom. Talk about this on @FS1, will ya? Have Tyson Fury’s people call Brock’s people … oh wait a second, I AM Brock’s people!!! HMU, bitches!

Tyson Fury has a big boxing fight in February 2020. He might not be able to pass up that payday in order to make a WWE return. You never know what they might be able to arrange if they can make things work out. Paul Heyman certainly sounded intrigued.