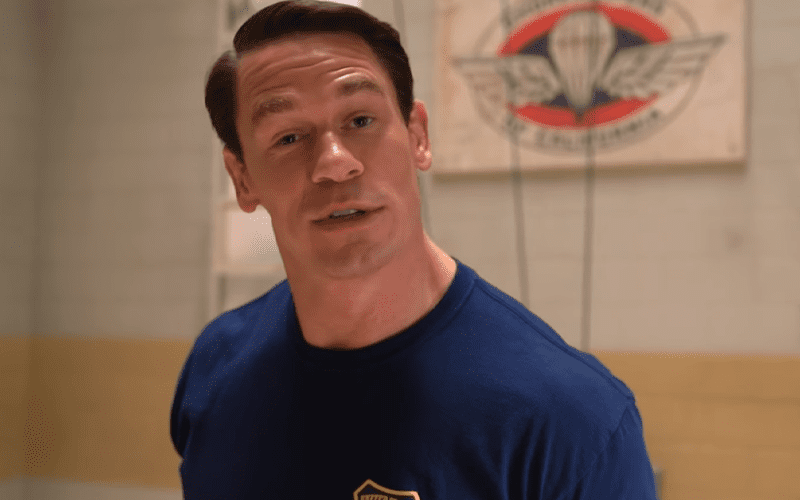 John Cena’s latest cinematic role will be that of a firefighter in Playing With Fire. His character will see a big transformation during that film that takes place largely in a firehouse. Thanks to Big Match John, we get a little taste of what it was like on the Playing With Fire set.

Cena’s character is kind of firefighter that jumps out of helicopters. So, they don’t have a typical fire engine in their garage. He did show off a big truck that they had on set done up with the US Department Of Forestry emblem.

He showed off their little gym that they had on set. Cena also gave away a little Easter egg in the new movie when it comes to the “100 Jumps” plaque. Apparently, they squeezed all of the crew members’ names on the wall.

They had a lot of equipment and Cena showed it all in this video tour. They did their best to nail the tools that real “smoke jumpers” use when they’re diving into a flaming surroundings right down to the parachute check. They also made a replica of a parachute jump room which was pretty cool to see.

You can check out the video below. He covers a lot of ground in this little tour. It’s nice to see John Cena, even if he’s on the set of a movie that is keeping him out of the ring.