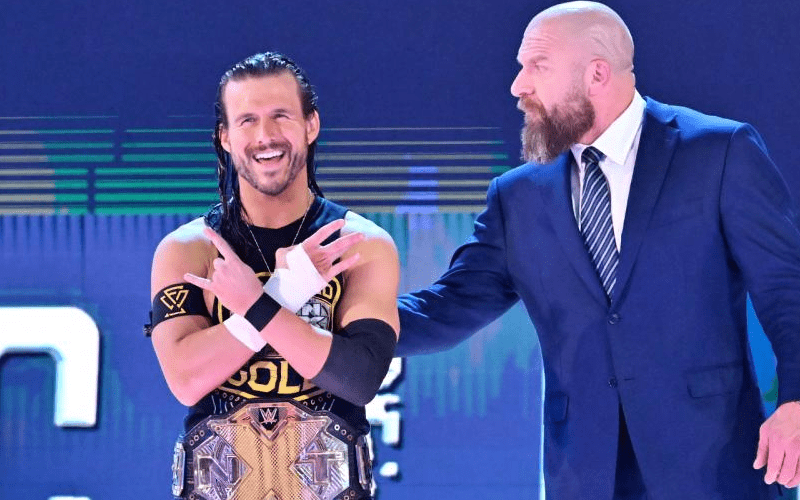 Adam Cole had two big matches in a matter of days. He defeated Daniel Bryan on SmackDown and then he faced Seth Rollins last night on RAW. It turns out that he did that with a fractured wrist.

Cole’s injury that he suffered at the hands of Matt Riddle is no joke. He apparently really has a fractured wrist, but he gutted through the pain to compete. Britt Baker, Cole’s girlfriend commented on his injury and how he was able to pull through.

Hottest man with a fractured wrist on the planet and one day it will heal but probably no time soon.

Hopefully, WWE will give Adam Cole some time so his wrist can heal. There doesn’t seem to be much downtime for the NXT Champion as his schedule only gets busier on the road to Survivor Series.