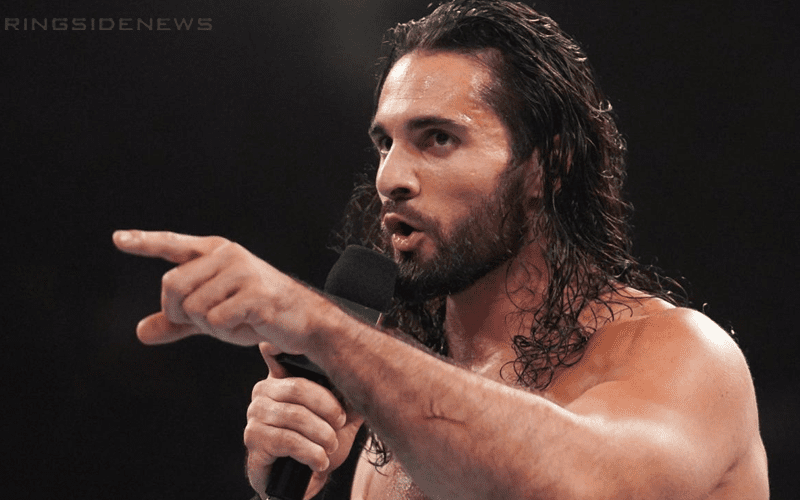 Seth Rollins had to have been tired at Ringside Fest, but he still showed up and met with every fan who got in line. Grim from Grim’s Toy Show was at the event, but he didn’t have the greatest report.

Grim was recording this meeting for his YouTube Channel and he was able to capture every bit of it. Rollins had some people coming at him for how he passively dealt with Grim. Then again, Grim did try to get Rollins to sign a photo that he had already written “Yowie Wowie” on. He also later tweeted out in defense of Rollins.

Then Seth Rollins replied back to Grim. Rollins also took a shot at Joe Cronin who used this interaction as a subject for a recent video called “PROOF Seth Rollins HATES The WWE Fans!”

Grim, you knew what you were doing by bringing that pic to me. So don’t say I don’t like you. Other guy with the YouTube show, you’re a real coward man. To dedicate 8 minutes to belittling another human being. Hope ya get a couple of clicks for this comment. That’s sad dude.

Grim replied back saying: “Yea brother I was just busting balls with you I’m a huge fan and so is my brother and thanks for the tweet. I’m glad you don’t hate me.”

When it comes to how Seth Rollins views Joe Cronin, he might not appreciate some of the words used to describe him. The Architect did watch the entire video which you can find below.