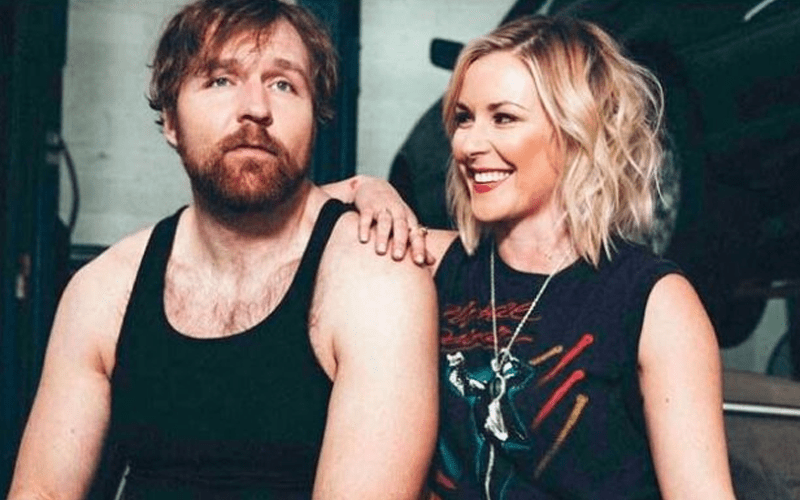 WWE fans don’t see much of Jon Moxley if they don’t watch AEW. Renee Young sees him quite often because they are still happily married.

SI Media podcast recently spoke to Renee Young. She revealed that when she gets home with her husband Jon Moxley, they have a little bit of their choice alcohol and talk about pro wrestling.

“As soon as we’re both home and have a glass of wine, he has his Jack & Diet Coke and we just talk about wrestling. We talk about what my day is like, what his day is like. It’s an interesting time for all of wrestling. I’m sure people would like to be flies on the wall of our room.”

“There are some interesting conversations that have happened, that’s for sure. When you’re married to Jon Moxley, that man likes to talk about wrestling. Sometimes I need to cleanse my pallet like, ‘Can we just put on ‘This Is Us’ and not talk about wrestling for a minute? That would be great.’ He’s a big ‘This Is Us’ fan. He is a layered man. There’s much behind those crazy eyes.”

She didn’t specify exactly what they’re talking about when it comes to pro wrestling. It’s also a pretty good bet that a lot of fans would love to be “flies on the wall” of their room as well.

Perhaps Renee Young will someday reveal what kind of “interesting conversations” she has with Mox, but in the meantime we can only speculate.