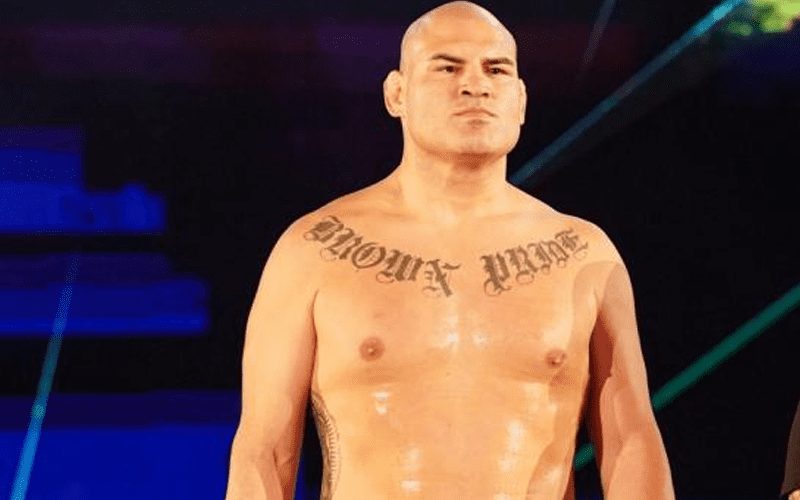 WWE Superstars were stuck in Saudi Arabia after WWE Crown Jewel. This included Cain Velasquez. The former two-time UFC Champion might have had the clout to get on a chartered flight, but he stayed with them.

Reddit user ToyStorySix revealed that Seth Rollins led a locker room meeting and gave an “awkward speech.” He also provided some insight on how the Superstars are viewing Cain Velasquez after their Saudi Arabian trip.

As aside, Cain earned everyones respect, heard nothing but high praise for him all over for everything he went through this week with positive attitude.

Cain Velasquez signed a three-year deal with WWE. That being said, it’s probably a very good thing that he earned his fellow Superstars’ respect. It’s just unfortunate that it had to involve this tense situation.