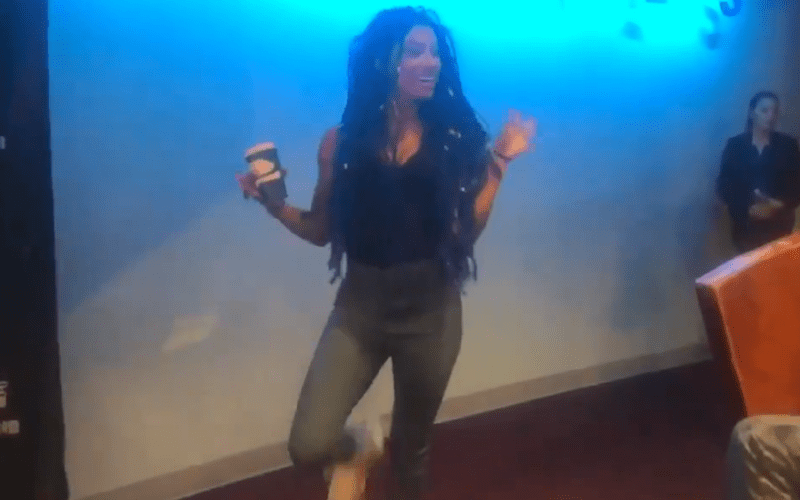 Sasha Banks appeared at Ringside Fest and it looks like she changed up her hair again.

We previously covered that a light-up wig was being made for The Boss. It was completed and now Banks is busting it out at appearances.

Sasha Banks wore this new blue dreaded up wig at Ringside Fest and the fans gave it a great reaction. We’ll have to see if it makes its way onto television.

You can check out a video below showing off her new hair.