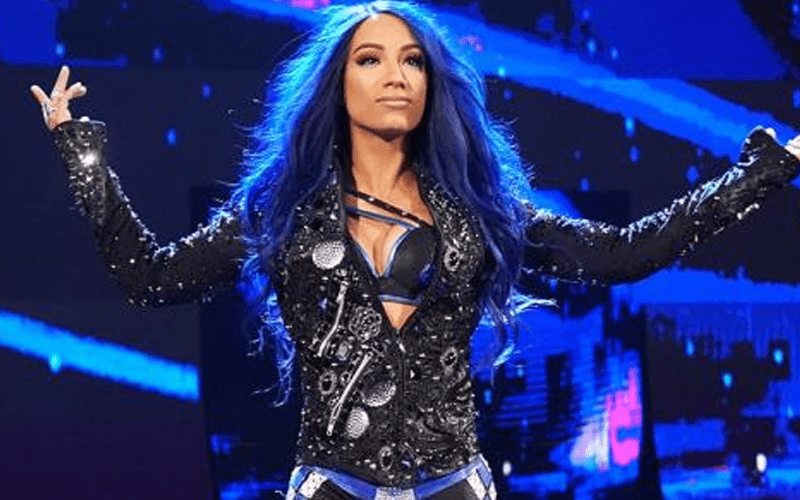 Sasha Banks broke the internet when it was revealed that she dyed her hair upon her WWE return. Now it appears that there’s a new wig coming and it’s pretty interesting.

The Boss was previously out of action, but she’s set to make a return tomorrow night on Friday Night SmackDown.

Savis David of Gypsy Loc makes some quality hair and it appears that she’s working on something for The Boss.

Full lace glow in the dark wig is on the way Sasha Banks. Adding final touches.

You can check out some of the pictures of Banks’ new hair below. This could be a great look and change a lot about Sasha Banks’ character. It also makes us have to wonder how Naomi would feel about glowing in the dark since that was previously her thing.