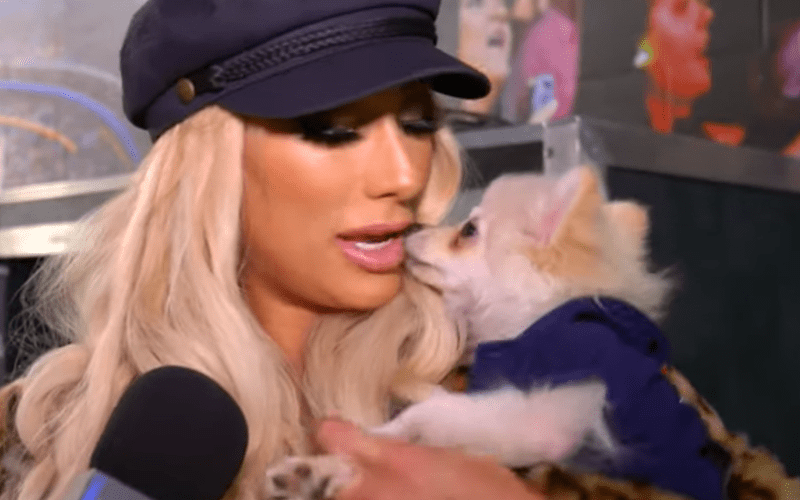 WWE Superstars are used the the hustle and bustle backstage, but this week was very different. Over 150 WWE Superstars and crew were stuck in Saudi Arabia and they didn’t get to leave until SmackDown was already on the air this week.

Cathy Kelley got to make her Friday Night SmackDown debut this week and she was very excited about this. When she interviewed Carmella about this unique night, Mella said it felt like “a ghost town” because there were not a lot of people backstage like she’s used to.

While she kept Pancake in her arms the whole time, she spoke about how crazy things feel. Mella covered Pancake’s ears because she didn’t want him to know that his daddy wasn’t there.

Corey Graves had just called Carmella at the time and he was in Dublin refueling on his charter plane. They were making it back as quickly as possible at around 9:30 PM EST. Pancake was happy about seeing his dad once he lands because he wanted to show Graves his new sweater.

They also showed some of the footage of Pancake’s encounter with Sasha Banks’ dog Ryu. You can check out Cathy Kelley’s cell phone footage of that throwdown here.

They tried to let Pancake cut a promo, but he didn’t have much to say.