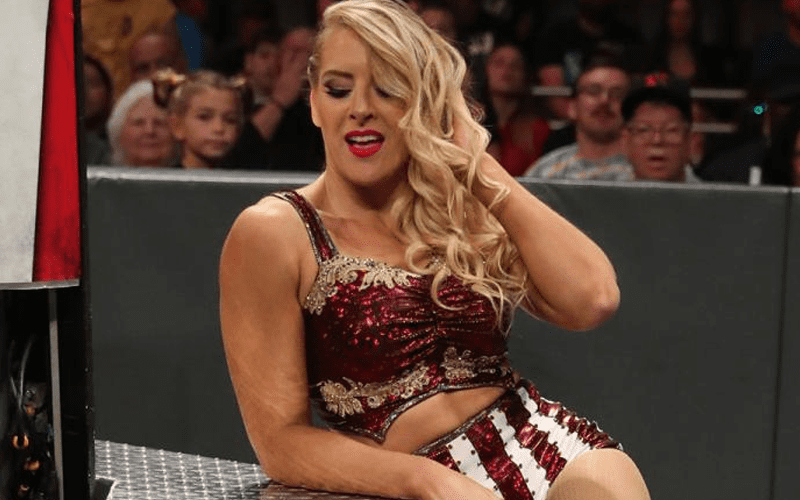 WWE Superstars are finally making their way home from Saudi Arabia, but twelve of them arrived back in the United States just before SmackDown concluded.

Lacey Evans made history at WWE Crown Jewel as she completed in the first women’s match in the country. She recently tweeted out “I’m good. Still getting whatever I want…just high in the air. On a private charter.”

It appears that Evans was waiting on the second flight that finally left at 3:00 AM local time in Saudi Arabia. Now that she’s high in the air, she can get back to being The Classy Lady on Twitter.

When one fan tweeted out: “Don’t come back.” That didn’t seem to phase Lacey Evans. She replied saying: “I’m on the way honey.”

It’s good that WWE Superstars are finally headed back. It took way longer than it should have, but we’re going to know the full story soon enough.