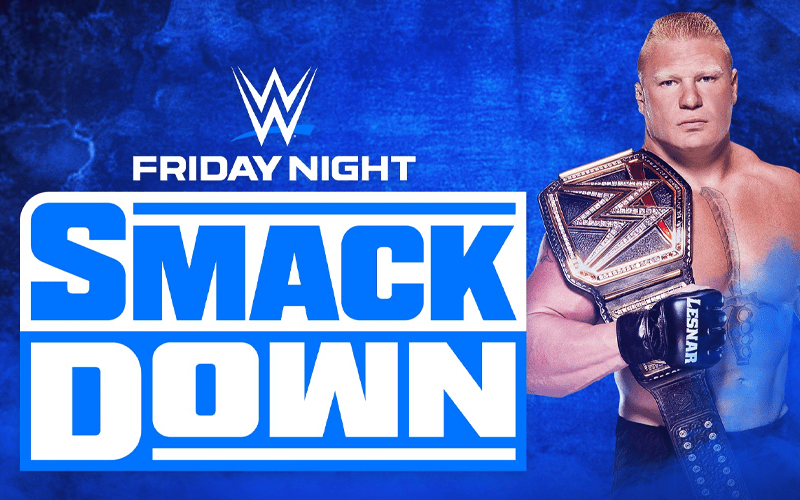 WWE needed to re-write this show in a big way because Superstars didn’t make it out of Saudi Arabia as planned. That being said, this is what the show was supposed to look like:

A few of those above matches won’t be able to happen now. Bayley will defend the SmackDown Women’s Title against Nikki Cross now. This means that the six woman tag team match will need to change as well.

We also know that Brock Lesnar will be in the building for SmackDown. Other surprises are expected and they are flying NXT Superstars in for the show to fill in the gaps.

This should be an interesting one so strap in.

Brock Lesnar was out first because he owns his own plane and can make it back from Saudi Arabia.

Then Heyman introduced a clip and they played the entire WWE Crown Jewel match with Velasquez vs Lesnar. They had that kind of time to fill.

Heyman said that Lesnar got retribution for the scar under his eye and then Rey Mysterio ran in with a chair. Then they showed that footage.

Heyman said they went to Vince McMahon then he told the crowd if they didn’t know who that was then “Google him bitches.” They demanded a match against Rey Mysterio, but he couldn’t do that because SmackDown is exclusive to Fox and RAW is exclusive to USA Network. That means Mysterio and Lesnar can’t wrestle. Well, that’s a nice usage of the storyline.

Since Mysterio can’t come to SmackDown, Lesnar is going to RAW to look for Ray. What is anyone going to do about it? He’s Brock Lesnar.

Then Heyman announced that Lesnar is quitting SmackDown and he’ll be at RAW now looking for Mysterio.

They showed Brock Lesnar leaving and then Triple H and Shawn Michaels were in the hall watching him.