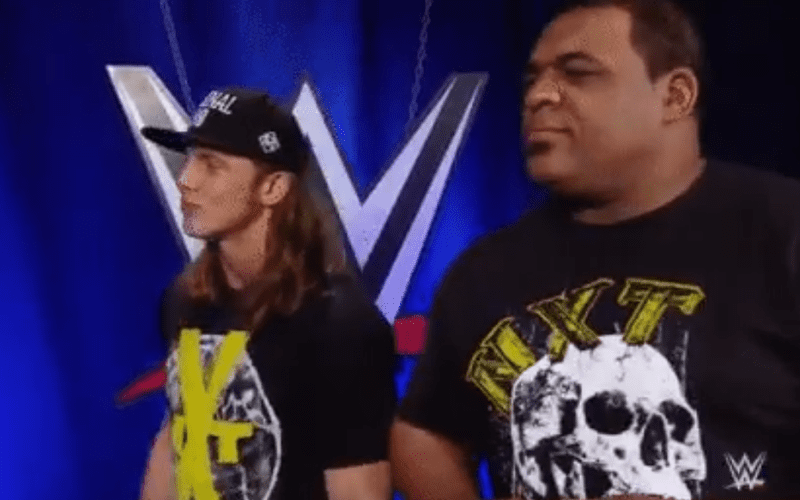 WWE found themselves with a bit of an issue when Superstars couldn’t leave Saudi Arabia. It’s a good thing they have a third brand they can call.

Sami Zayn did not go to Saudi Arabia. They have not invited him to any of those events due to his Syrian descent. That meant he was able to be in Buffalo this week for SmackDown. During a backstage interview, Zayn was discussing the debut of Shayna Baszler and he said that it felt like they were being invaded by NXT.

Suddenly, Matt Riddle and Keith Lee were there. They had a little back and forth until Sami upset them and went running. They chased him to the arena where they cornered him in the ring.

Riddle nailed a knee and a Bro Derek before Keith Lee nailed a moonsault. It was a pretty good start for those two on the main roster as they got to represent NXT. This isn’t likely permanent, but it could very well build toward Survivor Series where NXT will be a part of the event.