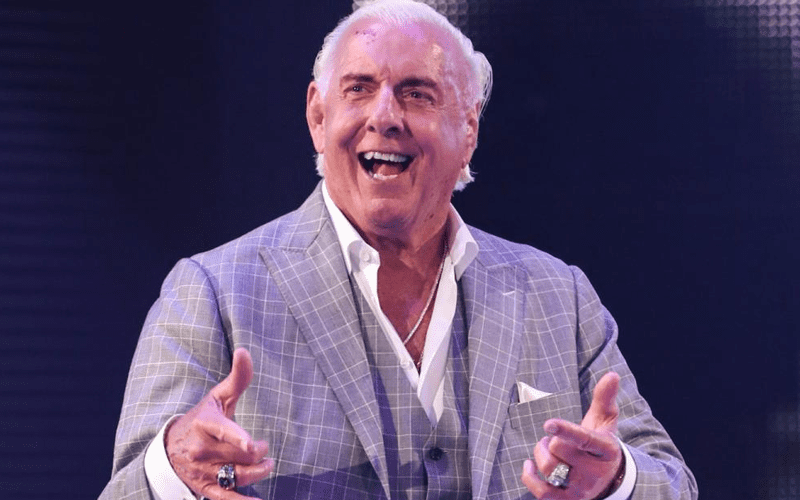 Ric Flair is 70 years old, but the Nature Boy might be taking more bumps.

While speaking to WWE After The Bell, Flair revealed that he’s been medically cleared. He didn’t specify if he’ll be wrestling again, but he did seem pretty confident that he could get physical.

“I’ve been cleared, by the way Corey. That’s a secret, I’ve been cleared. I’ve got a medical release. So, never, ever forget who the dirtiest player in the game is, man. I’ll be equipped and ready, in the words of Pedro Morales, for any kind of action!”

WWE Crown Jewel could be rather interesting, especially if Ric Flair might be getting in the mix. Hulk Hogan needs another surgery soon, but he also teased having another match at WrestleMania against Vince McMahon. Perhaps The Nature Boy could make this a triple threat?