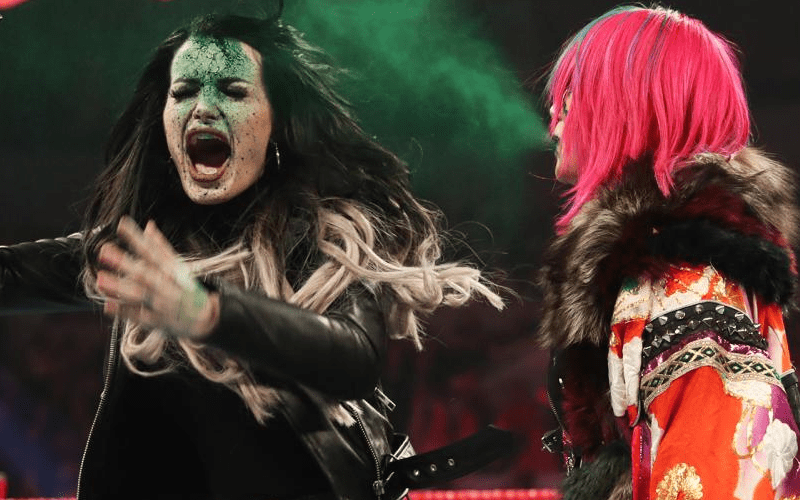 Paige told Vince McMahon to put her back on television with the Kabuki Warriors. That happened, but it didn’t last very long.

Asuka spit green mist in Paige’s face effectively firing the first-ever NXT Women’s Champion as their manager. This was a big moment for heel heat and then Becky Lynch ran down for the save to start her match against Kairi Sane.

During Wrestling Observer Radio, Dave Meltzer discussed the angle on RAW. He said that the Kabuki Warriors needed to do something to get them boos because so far they were being cheered as heels.

“It may have just been a way to try and get them heel heat because everyone is cheering them at the house shows and they turned. I mean even in Australia they cheered them against the IIconics who are the local women, but they’ve been cheered at every house show.”

“So they needed to do something because they need to be heels even though there are probably few people in the entire company who are better suited to be a babyface than Kairi Sane.”

The Kabuki Warriors are still WWE Women’s Tag Team Champions, but they are set to face Dakota Kai and Tegan Nox on NXT this week. That should be a very interesting match, but they won’t be wrestling with Paige in their corner anymore.