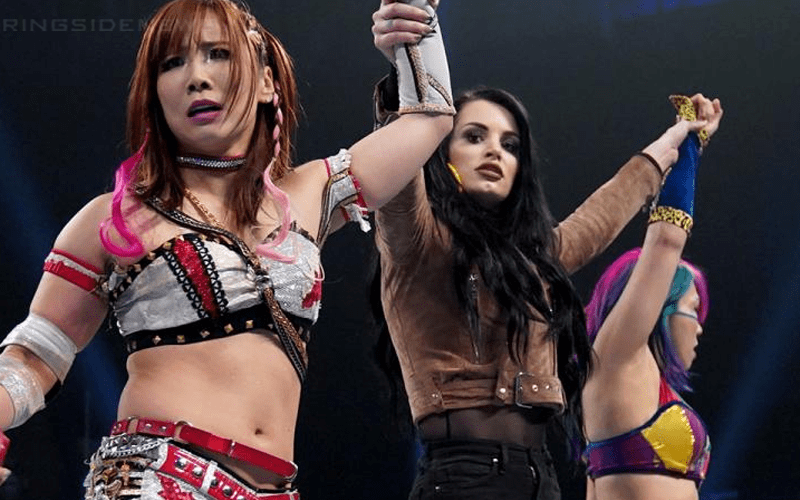 Paige brought the Kabuki Warriors to SmackDown and she led them for a while, but then she needed neck surgery. The Kabuki Warriors recently picked up the WWE Women’s Tag Team Titles, but they did it without Paige.

During WWE Backstage, Paige sat in as a guest and they brought up Asuka and Kairi Sane’s team. She commented to “Put me in, coach” and directly sent a message right to Vince McMahon by calling him out by name.

When they showed the Kabuki Warriors once again, Paige said to “put her in, Coach” one more time.

WWE might not be calling Paige right now, but she’s definitely ready to step back into her role as manager of the Kabuki Warriors.