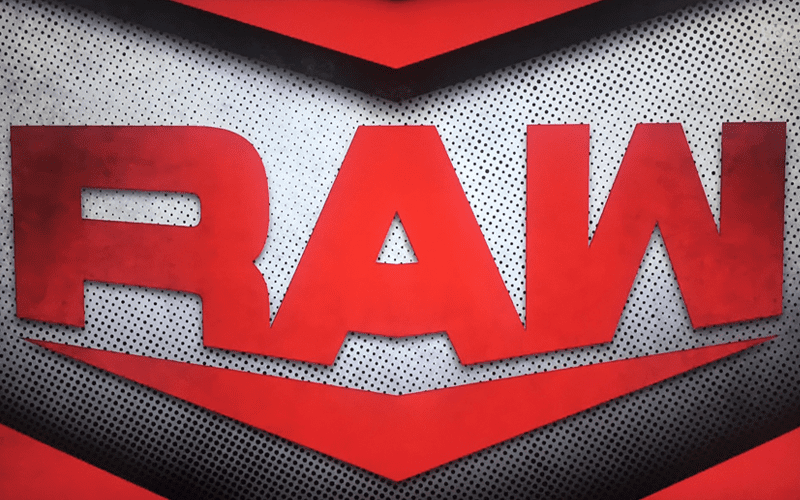 Tonight WWE throw Erick Rowan into the main event against the Universal Champion, Seth Rollins. The two will clash in a Falls Count Anywhere match, just five days before Seth defends his title against The Fiend in Saudi Arabia. This should be a fun match and a throwback to the days of the Wyatt Family!

Speaking of Crown Jewel, at the big show on Friday Team Hogan will take-on Team Flair. Tonight the two Hall of Famers come face-to-face one last time to hype the match. Who knows, maybe they’ll even come to blows!

Elsewhere tonight, Rusev and Lana will feature on The King’s Court, Becky Lynch faces Kairi Sane, Ricochet faces Drew McIntyre in a rematch from last week, and we’re to get the rest of the build to Crown Jewel. And that’s our preview of tonight’s Raw. Let us know what you’re excited to see by following us on Twitter and Instagram, and by downloading the Ringside News app. Enjoy the show!

The final Raw before Crown Jewel in Saudi Arabia is live from St. Louis, and we kick things off with the WWE commentary team running down the announced segments, which include Seth Rollins Vs. Erick Rowan in a Falls Count Anywhere match, and The King’s Court with Rusev & Lana.

In something of a surprise note, Paige makes her way onto the stage and gets a big pop. Paige welcomes us to Monday Night Raw and she says, as some of us know, she’s been advising a special tag team. She’s very proud of their success, so without further adieu, she welcomes the Raw Women’s Tag Team Champions, The Kabuki Warriors.

Paige, Asuka, and Kairi Sane make their way to the ring. Paige says, six months ago, she introduced these two to the tag team scene. She took Kairi Sane, a world travelled star who won the first-ever Mae Young Classic. Then she took Asuka, the winner of the first-ever all-women’s Royal Rumble match, and put them together. Paige says it was a risk but she’s so proud that they stand here today as Champions. Asuka pulls the microphone from Paige and speaks in Japanese. Paige looks angry and snatches the mic back. Kairi then takes it and cackles something in Japanese. Paige slaps the microphone from her hand and stares at her but then Asuka pulls her around and spits the green mist in her face! The fans boo as officials come in and help Paige out of the ring. They’re giving her some water at ringside when Asuka comes out and stares at her.

The Man, Becky Lynch comes out for her match with Kairi, and wastes no time storming the ring! Lynch runs down and brawls in the ring with Sane, ultimately clearing her out as the fans chant her name. Kairi and Asuka regroup at ringside but then Becky runs out and attacks them both. They brawl as we head to the break.

Well, @BeckyLynchWWE looks ready for this one.@KairiSaneWWE, not so much? #RAW pic.twitter.com/4a2jkd3V32

We return to get the match underway and Becky quickly takes Kairi down and she rolls from the ring to regroup with Asuka. Becky tries to pull Kairi back in but gets hit with a cheap shot. Sane comes in and punches Lynch in the corner.

Kairi stays in control until Becky dodges a corner flip and kicks Sane. Becky starts working on Sane’s left arm, in an attempt to weaken it for the Dis-Arm-Her, which she then attempts to attack but Sane slides out of the ring to escape. Lynch thinks about a suicide dive but Asuka jumps on the apron to distract her.

Lynch leaves the ring and goes under the apron but Kairi leaps at her from the steps. However Lynch drops her with a clothesline, then talks trash to Asuka. Sane shoves Lynch into the steel steps as we head to the break.

We’re back live and Kairi has Becky twisted in a surfboard stretch. Lynch escapes and goes for the pin to no avail. Kairi slaps Becky a few times but that just fires her up. Lynch unloads on Sane, kicks her in the gut, and drops her with a heel kick to the face. Lynch delivers a forearm in the corner, followed by the Bexploder for a two-count.

Kairi counters Becky and applies a modified Cloverleaf. Lynch kicks her off and goes for a roll-up but Sane kicks out. They exchange shots until Lynch drops her with a diving forearm and they’re both down. Lynch looked for a suplex but Sane counters with a vicious slam for a two-count.

Sane goes to the top-rope, looking for the Insane Elbow, but Becky climbs up and fights with her. Sane knocks Becky into the tree of woe and looks for the double stomp but again Becky escapes and hits Sane with a deadly driver. Becky hits a leg drop from the middle rope for a near-fall. Asuka tries to cause a distraction but Becky connects with a forearm from the apron before getting back inside and Sane drops her with a wicked backfist for a near-fall. Lynch quickly counters Kairi and locks-in the Dis-Arm-Her for the submission win!

We take a look back at last week, when Rusev stormed the restaurant with Lashley and Lana and attacked the former. Tonight Rusev and his estranged wife will be on “Divorce Court” with The King, Jerry Lawler.

Before the next match, Charly Caruso talks to R-Truth in the ring. She says he’s facing Buddy Murphy and Truth cuts her off, saying he’s not his buddy. Caruso corrects him, before mentioning that, last week, Sunil Singh took Truth’s 24/7 Championship with the help of his brother. Truth gets excited and says he knew there was two of them. He says he needs a second set of eyes, which is why he went and got himself a pair of bi-focals. He puts on his new glasses and says he can now win his 48/7 Seven-Eleven 27/7 European Television…Buddy Murphy Interrupts. Murphy says that Truth needs to focus more on him, Australia’s finest, instead of getting his title back.

The match gets underway and Murphy takes the fight to Truth, forcing him to the corner. Truth fights out and chops Murphy, before hitting a tilt-a-whirl headscissors and dancing. Truth ducks Murphy and drops him with a spinning forearm for a two-count.

Truth waits for Murphy, then looks for the axe kick but Murphy dodges it and delivers some kicks of his own. Truth floors Murphy with a kick and scores a two-count, just as The Singh Brothers come running own with the 24/7 Championship. The brothers run around the ring, chased by jobbers, while Truth joins them. All men run around the ring for 8 referee seconds, then Truth slides back in and Murphy clocks him with a knee to the face and wins.

THE CHASE IS ON for the #247Championship…

Even @RonKillings can’t resist and he’s in the middle of a match! #RAW pic.twitter.com/aOnBUYIRCw

After the match, Truth leaves the ring and chases after the 24/7 crew.

The Author’s of Pain cut a sit-down promo in which they say speaking a different language gives them an upper hand, that they specialise in warfare, and that they have to uphold their legacy.

The Street Profits make their entrance, detouring through the crowd, to the ring. Before they talk, the fans chant “we want the smoke”. Montez Ford says that not only did they make their debut last week, but they showed-up and showed-out. Dawkins says you always remember your first. Ford says they made they made The O.C. feel the blues, even though it wasn’t in St. Louis. Dawkins gives a shout-out to Kevin Owens. They joke about Dawkins kissing ladies but Ford gets them back on track. Dawkins says all teams that feel like The O.C. done messed-up, and Ford says they want the smoke. The fans chant along and their music plays as they head back into the crowd singing and dancing.

Ric Flair and Hulk Hogan are shown walking to the ring, they’ll be face-to-face one last time, after the break.