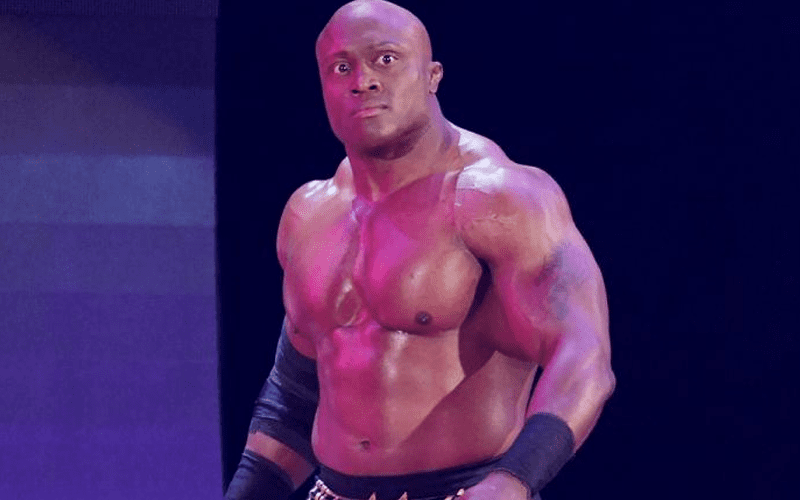 Bobby Lashley is getting plenty of attention right now as the man who stole Lana from Rusev. He might actually make this his new gimmick. In the end, Lashley still wants to face Brock Lesnar.

TV Insider recently spoke to Bobby Lashley where he discussed how WWE keeps giving him angles that border on outrageous. He really wants to work with Brock Lesnar, but he’ll keep doing as WWE wishes and keeps hope that he’ll get a more serious angle soon.

“I’m still trying. It’s hard for me. I came from a world of amateur wrestling. It was always shut up and train. The last thing you would want to do is anything else.”

“Everything else was shut up and train. When I first came into this world, it was more hardcore. That fighting style was real, and I fit right in. Coming back this time, there are so many different characters, and people are talking about entrances and costumes.”

“We need you to look sloppy and do some different things. Sing on TV. Make out with this lady.’ All these things they want that are different. I didn’t understand it for a long time, but I do now. Just to see me open up where people can relate to you and get behind you.”

“People can get behind you or against you, but they know who you are. I don’t think they know who I really am. They know what I’m capable of doing, but they don’t know who I am. I think that is what we are trying to do. Just crack the shell and show a little bit more of me.”

Perhaps WWE will let Bobby Lashley come out of his shell and be the All Mighty that he can be. In the meantime, he’ll keep working an angle with Lana that he seems to be enjoying a lot.