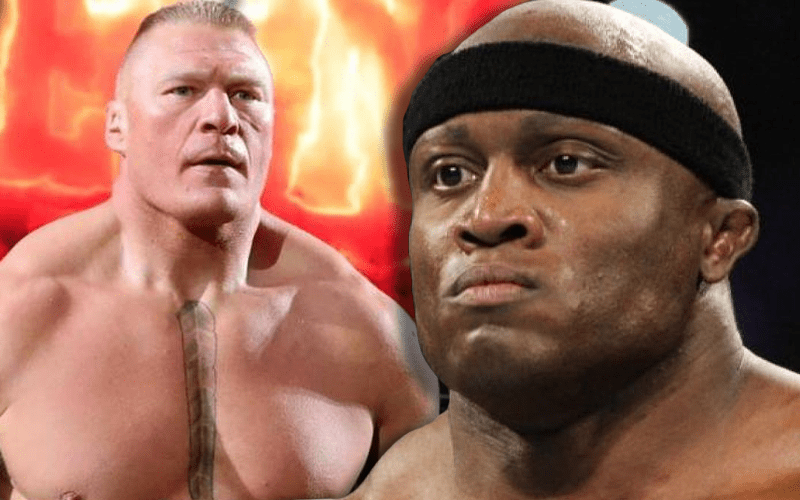 Brock Lesnar and Bobby Lashley just missed each other during their first runs with WWE. Now over a decade later they’re back in WWE at the same time. Fans often wonder what this match would be like, but Lashley’s recent booking might set up an easy opponent for The Beast Incarnate at this point.

Uproxx recently spoke with Bobby Lashley where a possible match against Brock Lesnar came up. He’s only met Lesnar a couple of times and barely spoke to him. It is still a match that The All Mighty would like to have before he’s 50.

“I met him in passing a couple of times. Saudi was the first time I met him. Literally ‘Hey, what’s up?’ Boom, boom and that was about it. Never said more than two words to him, so I think there’s a little mystique there and also for me.”

Bobby Lashley is 43 years old, so he has 7 years to make that match happen.

We’ll have to see if Brock Lesnar and Bobby Lashley will ever take place. At this point it seems that Lesnar might be dealing with some crossover competition from the MMA world for a while.