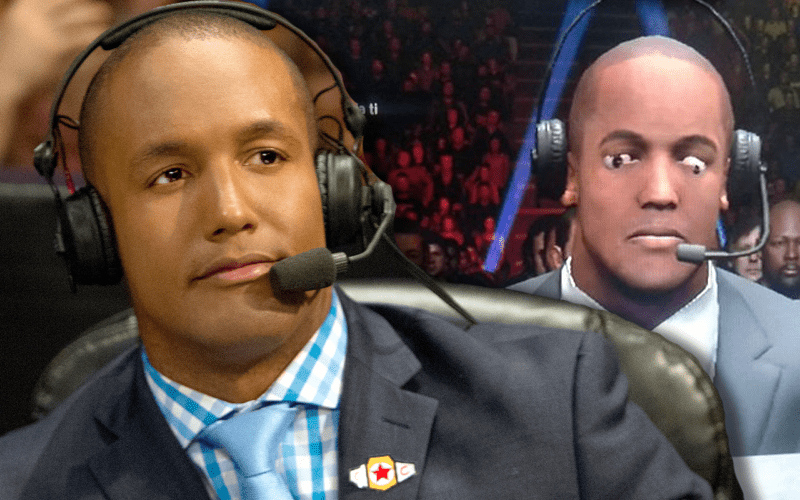 Byron Saxton was moved off of SmackDown after the new television season started. He is still featured in the WWE 2K20 video game. At least, it’s supposed to be Saxton.

The former blue brand announcer called attention to the googly eyes that 2K gave him in the new game. It reminded him that he needs to see his eye doctor quickly.

This explains why I’ve been meaning to make an appointment with my optometrist.

Perhaps this Saxton eye glitch will be something that 2K will fix in one of the many patches that is to come. Either way, it’s good to know that Byron was able to have a sense of humor about things.