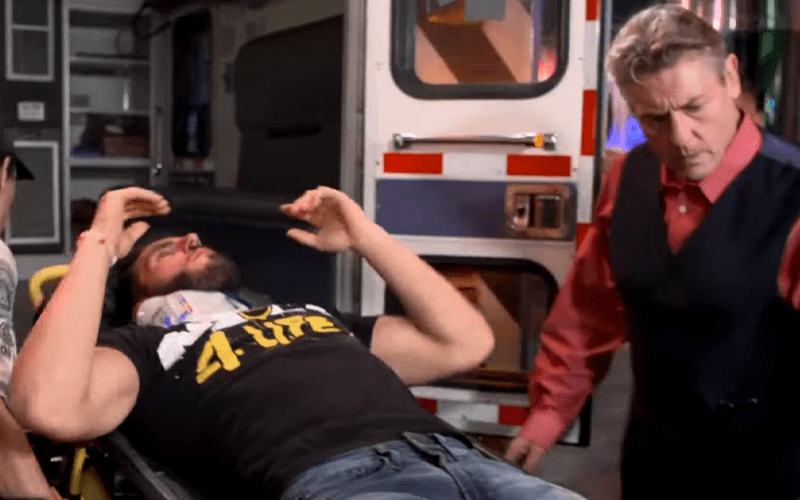 Finn Balor surprised everyone with his heel turn in NXT as he took out Johnny Gargano. That assault continued as Balor made his point. After NXT was off the air, the aftermath remained.

After the USA Network show was off the air, NXT filmed an angle where Johnny Wrestling was taken away via stretcher. It looks like he’s hurt in the storyline so we’ll just have to see if he’s able to reply to Balor’s actions next week on NXT.

NXT officials surrounded Gargano including his wife Candice LeRae, William Regal, Tommaso Ciampa, and Keith Lee. Then Gargano was rolled to the back and immediately put into an ambulance. He obviously wasn’t happy about the way things turned out.