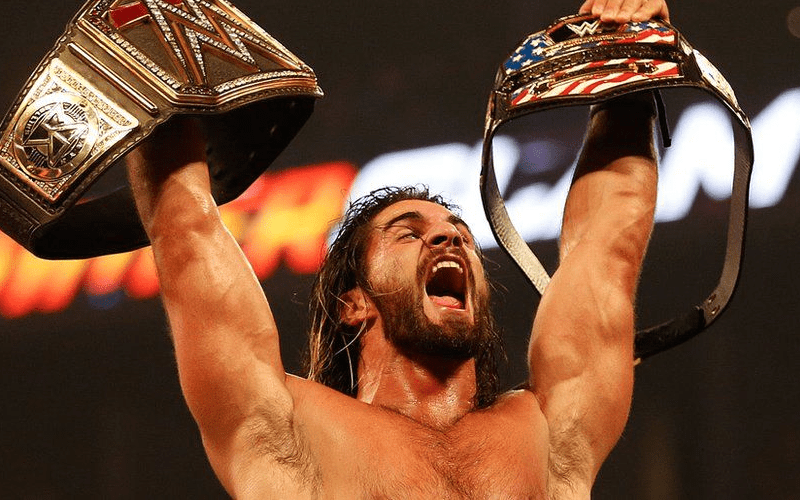 Becky Lynch is famous for being “Becky Two Belts,” but her boyfriend Seth Rollins is no stranger to holding two titles at the same time either. He’s done it a couple of times actually including one run as United States and WWE Champion.

While speaking to WWE’s digital department, Rollins broke down some classic matches. Then his match against John Cena from 2015 came up. The Architect didn’t know what to think at first.

“Champ vs champ I almost thought it was a joke in a weird way like WWE Heavyweight Champion and United States Champion? What? Why? How what why?”

Rollins then went on to explain that he “busted out the white gear” and he explained that it will never be back. He recently revealed this at a convention, but Rollins didn’t call Vince McMahon “a weird old man” this time.”