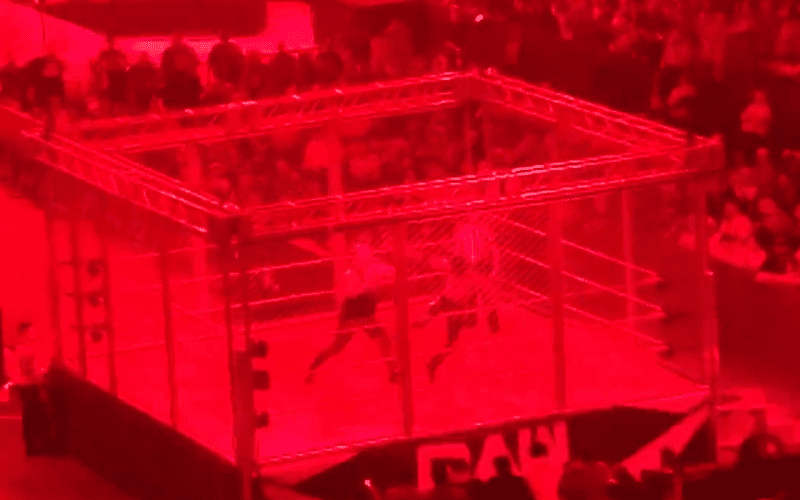 Seth Rollins is set to defend the WWE Universal Title against Bray Wyatt at Crown Jewel. The two faced off even before their falls count anywhere match in Saudi Arabia.

The Cleveland fans who stayed until the end of the night got to see Bray Wyatt try to win the Universal Title once again. This time a steel cage was lowered to house their match.

The red lights stayed on the entire time. The finish came when Rollins tried to escape the cage through its door, but Wyatt blocked his way. After several Superkicks and a couple stomps, Rollins climbed the cage, but Wyatt followed him up and brought him back into the ring.

Wyatt tried a Sister Abigail, but Rollins reversed out of it and then he hit a stomp to exit the door and get the win. Let’s just see how Crown Jewel turns out when those two will battled in a falls count anywhere match.