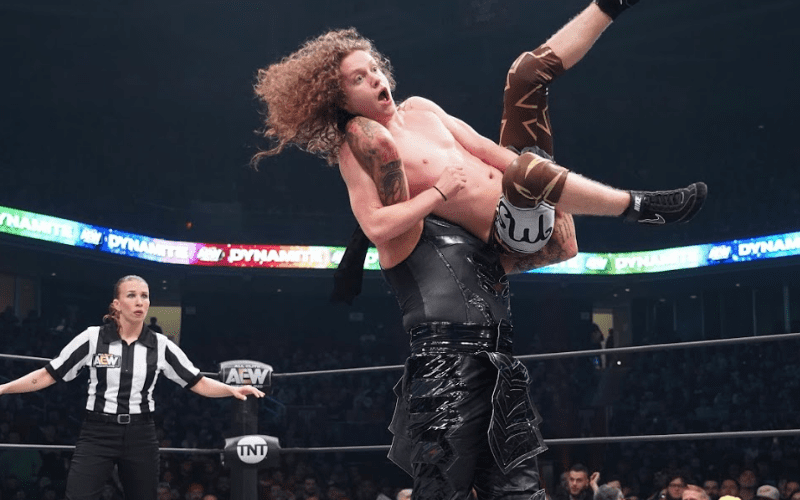 AWE has only been around for a short time, but they have already had to book themselves out of a couple tough spots. Jon Moxley’s injury before All Out caused them to call in Pac. Last week, Luchasaurus was pulled from action with a hamstring injury.

Nick Jackson said to TV Insider that they had to make this decision on the fly. They re-arranged the night and told Marko Stunt that this was his time. Then they sent him out to wrestle in Luchasaurus’ place.

In the end, they are very happy about the results.

“Instead of panicking, we all just came together and made a decision on what to do.”

“We worked very well on the fly. We told Marko [Stunt] that this was his night. We switched that match with the SCU versus Best Friends. I feel like we hit a home run. You have to really be able to work on the fly and make adjustments that quick.”

Marko Stunt didn’t have much time to prepare, but he took the challenge head-on. He might have stirred up some controversy, but he didn’t seem to mind it.

If anything, the hate might have only caused his star to shine brighter in AEW.