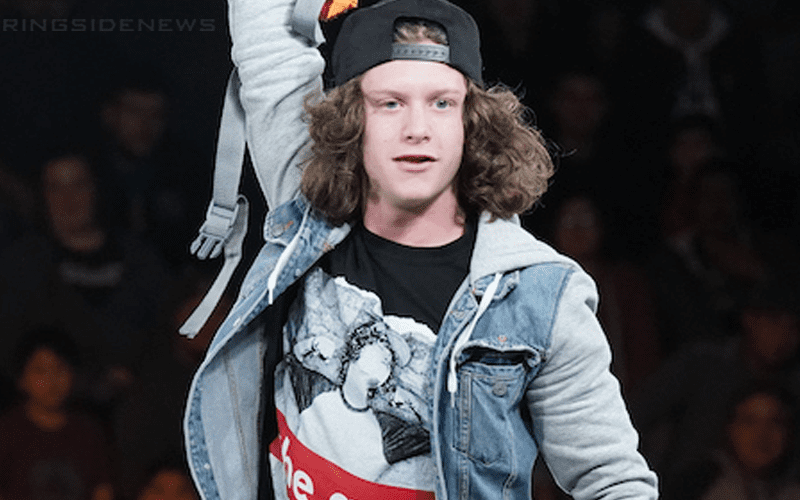 Marko Stunt really stepped up last night in a big way. He had two hours of notice before wrestling the Lucha Bros on live television. Still, some fans really hated it.

AEW Dynamite featured the Jurassic Express losing to Pentagon and Fenix. Stunt had to fill the big shoes of Luchasaurus after he suffered what is believed to be a hamstring tear.

Some fans weren’t happy at all about Marko Stunt performing on Dynamite. His chest certainly took a beating in the process, but haters kept slinging their shade.

The next afternoon, Stunt sent out a tweet that seemed to address those fans who don’t believe he should be working in this kind of environment considering his size.

It doesn’t sound like Marko Stunt is going to let this get him down. He’s heard how small he is his entire life. He calls himself Mr Fun Size for a reason.

The most important thing is that the fans in Philly were popping big every time he kicked out of a Pentagon pinfall attempt.