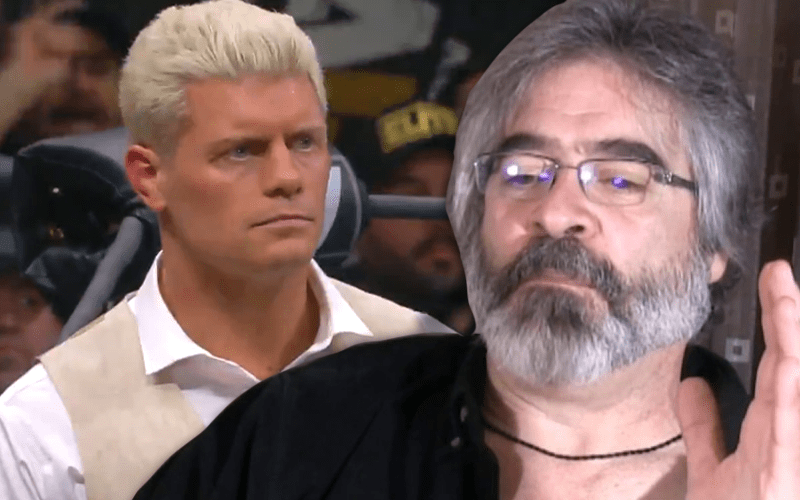 AEW has their own plan to set themselves apart, but some people aren’t fans of what they’re doing. One of their greatest detractors seems to be Vince Russo.

The former WWE writer fired off on his podcast saying that AEW will need to adjust things after they take a look at their product in three months. He said the product doesn’t appeal to the masses. Cody Rhodes wasn’t going to just sit back and let this go unaddressed.

We are happy and our partner is happy. We overshot projections and set a record for a WM debut. This is the era of cord cutting, simulcast and dvr bumps. We are proud of how incredible the numbers have been and know we need to work hard now more than ever.

Y’all can untag me friend. VR had great success in the 90s. None of this is really applicable to our brand today and this product. As fun as it is to keep moving the goal post, we keep scoring. Fans demanded this alternative and we were the lucky ones able to deliver it.

Vince Russo might still be upset at AEW and Cody Rhodes for blocking him from the first Starrcast event. Since then Russo has yet to receive another invitation.

Cody Rhodes isn’t going to listen to what Vince Russo has to say about anything. AEW will keep moving on as they provide a pro wrestling alternative that fans have demanded for years.