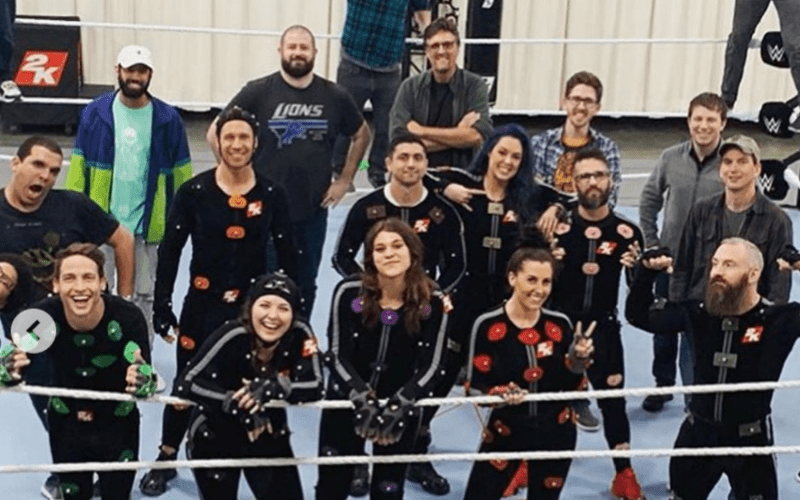 WWE Superstars are very busy and can’t really block off a bunch of time for motion capturing. This is why 2K called other people to do the job.

2K brought in plenty of pro wrestlers to do motion capturing so they could demonstrate the moves in the ring. Then the 2K crew took that capturing and placed it on the Superstar models.

You can check out the list of pro wrestling stars who participated in the game below. You’ll see stars from AEW, Impact Wrestling, ROH, and even NXT.

It takes quite a while to make a video game so the motion capturing for guys like Austin Theory and Swerve Scott was likely done well before signing NXT contracts.