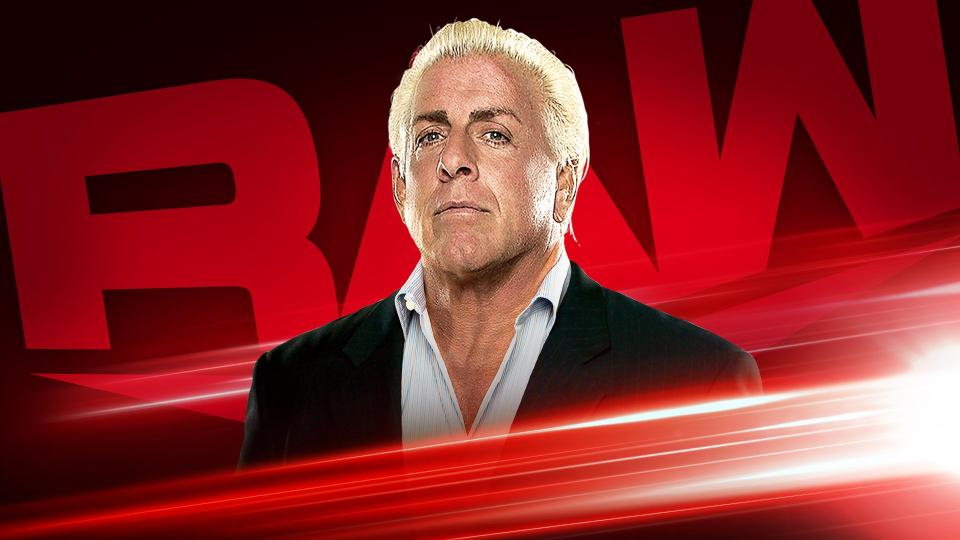 We’re only 10 days away from WWE’s Crown Jewel PPV in Saudi Arabia, and tonight’s Raw aims to ramp-up excitement for that big show. This is, effectively, the next big PPV as Survivor Series isn’t until the end of November.

So tonight we have Seth Rollins’ – the man who just can’t get his foot out of his mouth these days – talking about burning down the Firefly Fun House last week. It’s like WWE wants us to hate Seth, but let’s see how he justifies his actions tonight, and if The Fiend appears to extract revenge.

Speaking of Rollins however, in a form of inept booking that only WWE could get into, they were forced to announce a few days ago that Seth won’t be able to be the Captain of Team Hogan at Crown Jewel. Team Flair still has some spots open and tonight they will be announced.

The big match announced for tonight is The Street Profits and a mystery partner facing The O.C. The Profits teased earlier today who their partner would be, hinting that they like to get high, and it seemingly suggested Rob Van Dam, Matt Riddle, or John Morrison, but only time will tell. Let us know who you think it will be!

The only other known elements of tonight’s show is Sin Cara facing Andrade and Rey Mysterio returning. Maybe it’s just me, but we seem in danger of returning to the dull Monday Night Raw’s of earlier this year. Let me know if you feel the same by commenting below, downloading the Ringside News app, or by following us on Instagram and Twitter. Enjoy the show!

Raw opens with a look back at the Hell In A Cell main event between WWE Universal Champion, Seth Rollins, as well as last week on Raw when Seth Rollins burnt down the Firefly Fun House.

We go live to the arena in Cleveland, Ohio, and the Nature Boy, Ric Flair, makes his way to the ring. Flair ribs on Cleveland’s sports teams and says they already have a winner in the Nature Boy. He says in two weeks, Team Flair will beat the hell out of Team Hogan in Saudi. Flair says Hogan played his hand on Friday night and they’re great athletes but they’re nothing like his team. And he’s got the last hand to play tonight. Ric says the final member of Team Flair is a bad man, a man who styles, profiles, wheels, deals, and kisses all the women in Cleveland, and out comes Drew McIntyre as the man.

Flair points to McIntyre and says that’s real muscle. He then says he’s waiting for Ricochet to come down and for Drew to put him in the same column as the Browns. McIntyre takes the microphone and says that Flair has asked for a favour, and it will be granted. And he warns everyone that things are about to get uncomfortable and he’s to give us a taste of what he will do at Crown Jewel.

If it’s a fight you seek, @DMcIntyreWWE… @KingRicochet is ready to oblige!

These two square off NEXT on #RAW! pic.twitter.com/L15nWMbEfI

Back live and the match begins with Ricochet leaping at Drew but getting grabbed and slammed into the turnbuckles. Ricochet fires back with some chops but McIntyre runs him over the ropes and to the floor. On the outside, Drew slams Ricochet into the barricade, then back into the ring.

McIntyre drops Ricochet and looks at Flair on the outside, watching gleefully. McIntyre then punches and kicks Ricochet down in the corner until the referee pulls him off. Drew drops Ricochet with a right hand. Ricochet gets to his feet and fights back but again McIntyre clocks him with a right. Drew Irish whips Ricochet into the turnbuckles then hits a back body drop.

McIntyre applies a chinlock to Ricochet. Eventually the One and Only fights out but gets caught with a tilt-a-whirl backbreaker for a two count. McIntyre  applies another chinlock, but this time over the middle rope. McIntyre lets go of the hold and sticks Ricochet in the corner, where he chops him. McIntyre lifts Ricochet from the mat and tosses him with a deadlift suplex. Drew looks at Flair and asks is that good enough, Flair loves it.

Update: It seems to be going well so far.#RAW @DMcIntyreWWE @RicFlairNatrBoy pic.twitter.com/WqOkwUyx0x

Again Ricochet fights to his feet and this time he reverses and dodges McIntyre before hitting a kick in the corner. Ricochet looks for an enziguiri from the apron but Drew drops him with an elbow. McIntyre gets on the apron, and Ricochet hits a dropkick to McIntyre’s shins to make him fall. Ricochet then slides inside and hits a cannonball senton through the ropes to Drew on the floor!

Back live and Drew has Ricochet in a modified STO. During the break, McIntyre took control by tossing Ricochet like a dart into the ring post. Ricochet fights out of the submission but Drew whips him into the turnbuckles and he flips upside down. McIntyre applies another chinlock to Ricochet, during which Ric Flair is interviewed at ringside and he yells to Hogan to be there on Friday night, but in the meantime watch Drew send Ricochet into orbit.

Ricochet fights out of the hold and kicks Drew from the corner, then tosses him to the apron. McIntyre heads up top and leaps but gets caught mid-air with a dropkick. Ricochet lands some rights and an enziguiri, followed by a shoulder tackle in the corner, a springboard clothesline, and a standing shooting star press for a near-fall!

Ricochet runs and delivers a chop, drops Drew with a big kick, and lands a springboard moonsault for a two-count. Ricochet leaps from the middle rope but Drew swats him out of mid-air. McIntyre lifts Ricochet up with a crucifix and bucklebomb’s him, followed by a deadlift sit-out powerbomb for a near-fall!

Ricochet counters drew to hit a jawbreaker and a mule kick. Ricochet lifts McIntyre up on his shoulders but the Scotsman elbows him. Ricochet kicks McIntyre, then lifts him up and hits a Death Valley Driver before heading up top. Ricochet hits a shooting star press but Drew kicks out. The fans are really into this.

Ricochet heads up top again and looks for the 630 but nobody’s home. Ricochet looks for the Recoil but McIntyre grabs hold of him and just throws him over the ropes. Drew heads out of the ring and grabs Ricochet and tosses him shoulder-first into the ring post. Back in the ring, Drew waits for Ricochet, then hits the Claymore Kick for the win!

Later tonight, Rusev will be interviewed in the King’s Court, Seth Rollins will discuss his actions last week, and The Street Profits make their Raw debut with a mystery partner.

We see an interview with Charly Caruso and The O.C. Caruso says they were trying to send a message to the Street Profits last week, so what is their strategy for the in-ring aspect. Karl Anderson says they are rookies, talented, but still rookies. So they don’t deserve the platform they’ve been given. Styles says the Profits have been talking about getting smoke but it’s illegal in Cleveland. Gallows then informs AJ that it’s legal, before saying Cleveland sucks. AJ says the Profits claim they have a friend, but Gallows and Anderson have been doing this a very long time, and tonight the Street Profits get the beating of their lives.

We see a video of Superstars who’ve made an “instant Impact” since being drafted to Monday Night Raw, including Andrade, Buddy Murphy, and Aleister Black. They show the entire Monday Night Raw roster.

Aleister Black cuts a promo backstage and says he likes to think their is a method to his madness. He hopes someday to find an answer to the why he has a hell-like firing rage that is beyond redemption that claws at him like a mad man dancing in the moonlight. But boy, is it ready to pick a fight.

We come back and Aleister makes his entrance to face a jobber.

Reynolds forces Black to the corner and punches him. Black fires back with some shots and a rolling trip. Reynolds catches hold of Black’s hair and forces him to the corner, where he beats him down.

Aleister comes out of the corner, angry, and delivers a few shots, followed by a leaping knee. Black lifts Reynolds and hits Black Mass for the win.

Rusev is shown wearing pedestrian clothes and making his way to the ring. He’ll be interviewed by The King, after the break.