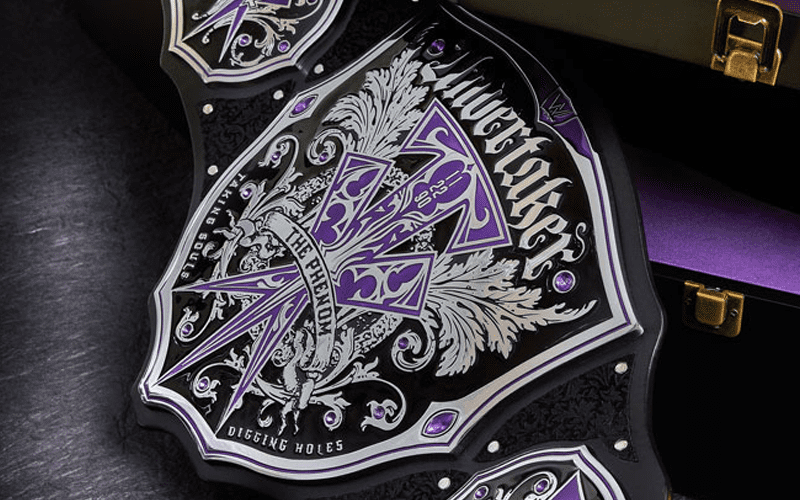 The Undertaker has a lot of fans with some pretty deep pockets. This was proven by the fact that people shelled out a ton of money for The Dead Man’s meet & greets. Now they have something else to buy.

WWE is now selling a custom Undertaker “legacy title.” It says that this is a limited edition design which probably has a lot to do with the steep price tag.

The belt is listed at $750. The good news is that you can get free shipping if you order today. WWE Shop was teasing a big Undertaker reveal and it appears they were hyping this Legacy Title.

The intricate design of the main plate bears the Undertaker’s signature logo along with the with the date of his Survivor Series TV debut on November 22, 1990

You can check out some screen shots of the title below. It’s a pretty interesting design and they only made 500 of them.