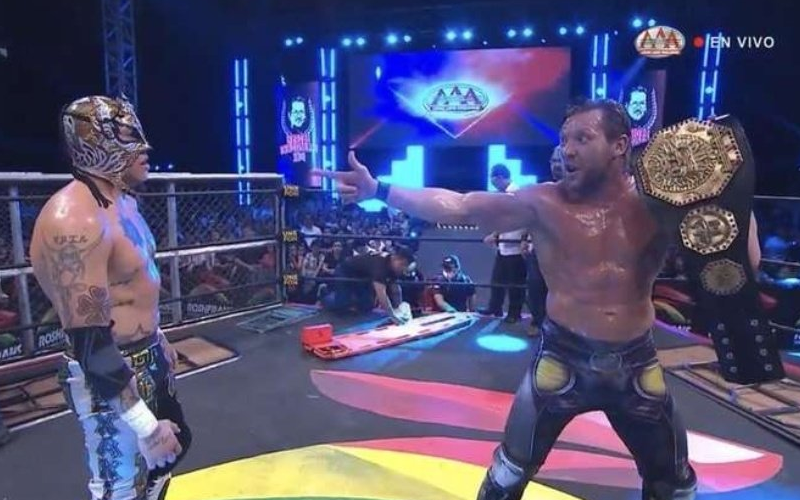 AEW has two active titles and a World Tag Team Tournament is currently underway to determine who will hold those titles first. Kenny Omega might not hold an AEW title, but his newly won AAA Mega Title is apparently coming to All Elite Wrestling.

After defeating Fenix in AAA for the Mega Title, Kenny Omega spoke to Hugo Savinovich about the big win.

Omega said that Fenix is still one of the best in the world and defeating him wasn’t easy. The Cleaner also said that we might see him back in Mexico, but then he promised AEW fans that the AAA Mega Title is coming.

“I’ve always been a man who said to make history everywhere I go. I never said it would be easy. Does it look like it was easy? Fenix, you’re still one of the best. I’m just better. You were a great champion, but I will be better. From here on in, that title, the Mega Championship is now the Omega Championship. You might see it back in Mexico, but you will, I promise you, you will see it in AEW.”

After The Young Bucks lost the AAA Tag Team Titles to The Lucha Bros at All Out, Tony Khan said during the media scrum that AEW wants to focus on their own titles now. It appears that Kenny Omega’s recent win could change things slightly.

This is certainly an interesting addition to Omega’s resurgence after losing some big matches in All Elite Wrestling.