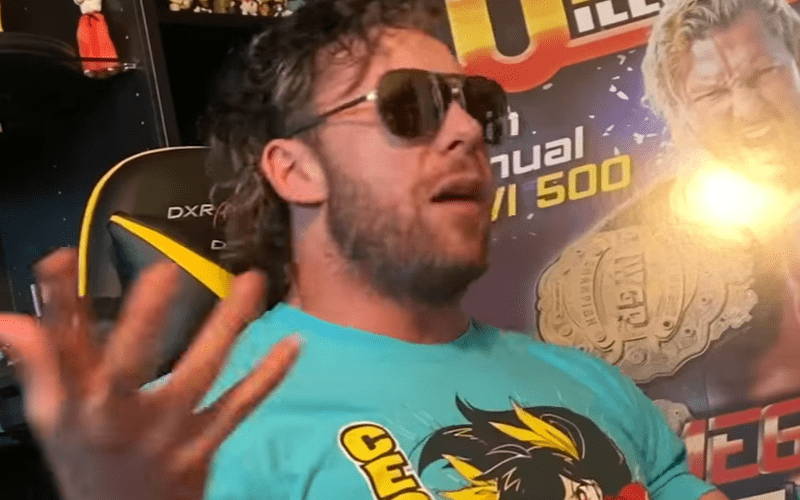 Kenny Omega is considered by some as the best pro wrestler in the world and he proved that last night in AAA. Now Omega is the AAA Mega Champion.

The Cleaner faced Fenix at the AAA Heroes Inmortales show last night. Fenix put his AAA Mega Championship title on the line and Kenny Omega was able to clinch the victory after hitting a One Winged Angel.

After the match was over, Fenix tried to shake Omega’s hand, but The Cleaner posed with his new title instead.

This match was set at Triplemania in August after Fenix, Pentagon and Laredo Kid defeated Kenny Omega and The Young Bucks. AEW and AAA have a working relationship and while it might not see AAA titles defended on AEW shows anymore, they are obviously carrying on with their partnership.

Right now in All Elite Wrestling’s storylines Kenny Omega is involved in a feud with Jon Moxley. There is no word on whether the AAA Mega Championship will factor into their match at Full Gear on November 9th, but it’s not likely.