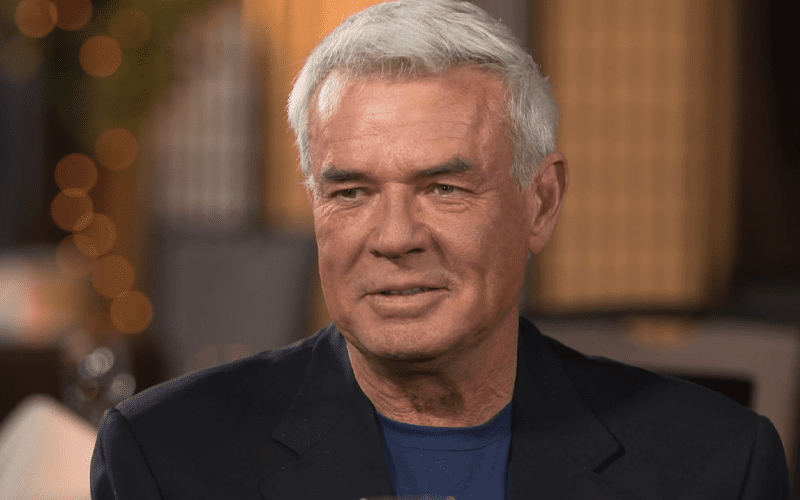 Eric Bischoff was fired from WWE last week and now he is speaking out about it. He doesn’t harbor and resentment, but he did take a few moments to discuss her recent termination during 83 Weeks.

Bischoff said that he’s not spending much time clearing up the “rumor and innuendo” from “dirt sites.” It should be noted that Bryan Alvarez said there were several backstage issues with Bischoff in WWE. He went on to praise the company and thank them for the opportunity.

“I’m not gonna spend too much time clearing up the rumor and innuendo because it’s out there and I think people are smart enough to see through the bullsh*t that they read on dirt sites and that kinda thing.”

“Honestly, I don’t wanna get negative and I’m gonna say a couple of things and I’ll have a lot more to say at some point in time, but my feelings right now are: #1 I was really grateful for the opportunity you know to work at WWE and it was an opportunity. It didn’t work out the way I wanted it to work out and it didn’t work out clearly the way Vince McMahon wanted it to work out, but that happens.”

“I’m not taking any of it personally, professionally I’m taking a hard look at it and thinking it through, but more than anything I’m just grateful for the opportunity and part of the reason I am is because I had a chance to work with a great, great team of people. Their writing staff for SmackDown in particular as well as a lot of the other writers who are on Raw. They are a very, very talented — who are unbelievably hard working — dedicated group of people.”

“Just to have the opportunity to work with people like that in and of itself was worth this experiment. You know I didn’t come here thinking I was going to be with WWE for five or ten years. I looked at it as a relatively short term opportunity. Maybe two or three years. I didn’t think it would be quite this short term, but sometimes that happens. WWE is a great company with a very defined culture and process and you know I didn’t necessarily fit into it and that’s just the way it is.”

Eric Bischoff was announced for a Starrcast appearance after his departure from WWE. As Bruce Prichard said: “he ain’t dead.” Bischoff seems very appreciative of his time during this run with WWE however short it might have been.