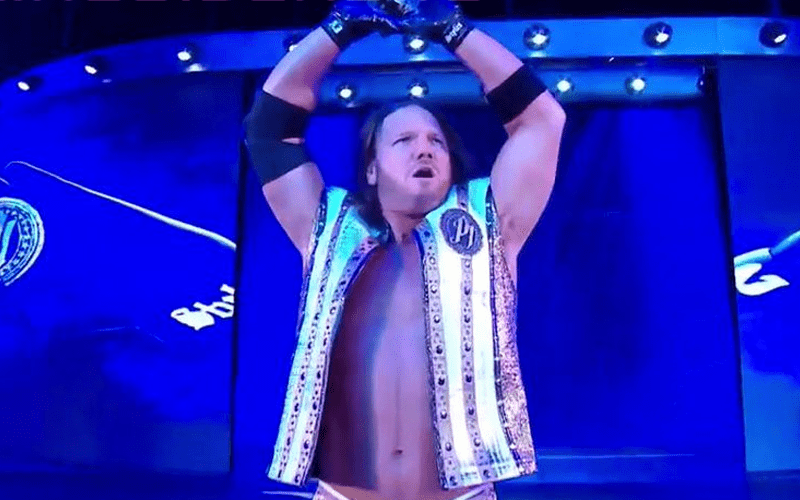 AJ Styles may not be in the main event picture right now, but the guy is still easily one of the most valuable members of the main roster – and that’ll likely be the case right up until the day he decides to retire from the business.

The Phenomenal One is a constant source of entertainment for the WWE Universe which means that whatever he does draws a lot of attention. Right now, alongside The OC, he seems to be embroiled in a feud with The Street Profits which will be settled on Monday Night RAW.

The Street Profits will select their own mystery partner for the six-man tag team showdown, and Styles seemed to shun the idea of having one man, in particular, being selected.

It’s quite clear to see that WWE is going to have some big plans for Black, which some fans believing that the natural progression of his character will see him eventually square off with ‘The Fiend’ Bray Wyatt – potentially even at WrestleMania 36, although that is thinking quite far ahead.

Whatever the case may be an AJ vs Aleister rivalry certainly isn’t something we would turn our nose up at. In fact, we’d actively encourage it, as it’d serve as a great way to get Black even more over as he prepares to make a run all the way to the top of the RAW brand.

For now, all we can do is speculate, but we would back this feud ten times out of ten.