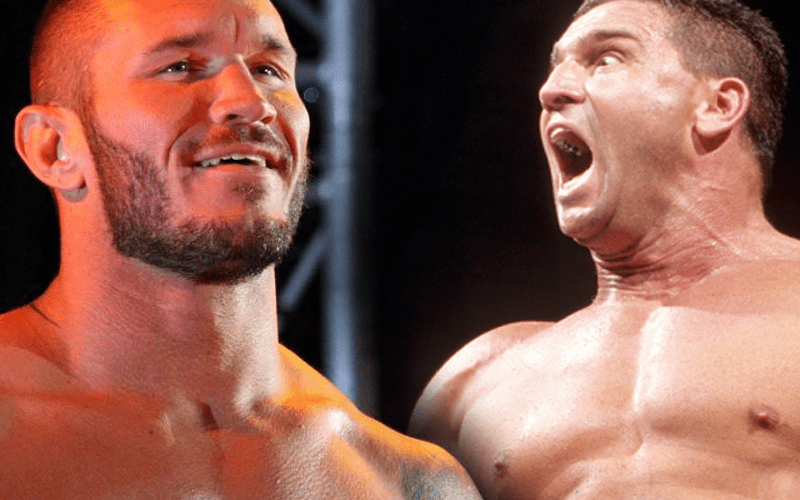 Randy Orton has taken the time to back the idea of Ken Shamrock heading into the WWE Hall of Fame in 2020.

Shamrock is widely considered to be one of the most intriguing crossover stars in the history of professional wrestling, with his tenure in mixed martial arts being well documented. He took to the business like a duck to water, and from that point, he was off to the races.

He may never have won the big one but he certainly made a splash, especially in WWE, but his work certainly grabbed the attention of a lot of people.

Orton made his brief statement in the wake of Ken’s appearance at Bound for Glory, in which he lost a hard fought battle with Moose in what served as the co-main event of IMPACT’s biggest show.

Randy himself is a guaranteed Hall of Famer one day, and it’d be interesting to see which of these two men ends up going in first. It’s not like WWE has any kind of grudge against Shamrock, and they actually seem to appreciate what he did for them during his time with the company. However, there are still a lot of stars that have the potential to go in, too.

Shamrock is out of his prime and there’s a very good chance he’ll officially retire before too long, or may even have a match or two more with IMPACT. One way or another, though, Orton’s wish of him being inducted should certainly be granted.