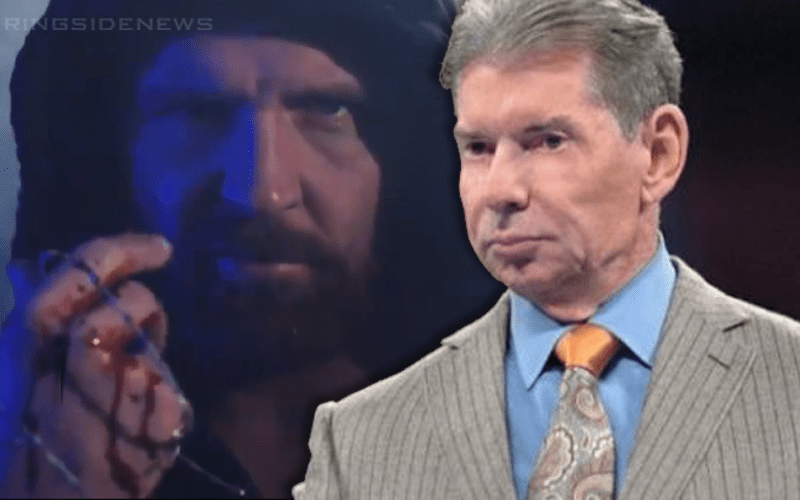 Jon Moxley had enough of WWE and the backstage situation. He is very familiar with the way Vince McMahon will hype things to be extreme and then deliver much less than promised. This is something he doesn’t want to do in AEW.

While speaking to Screen Geek, Mox mentioned his unsanctioned match against Joey Janela. They went all out because that’s what the fans expected between those two. If Vince McMahon would have been booking the match then things would have had a much less satisfying conclusion.

“As far as hardcore stuff, some of the stuff like you saw me do with Joey Janela, you know that was a certain situation on a certain night. You put our two names together and… the expectations are such that we got to take it all the way to the edge, otherwise people are going to be disappointed. And I’m not willing to disappoint the fans.”

“For years, I’ve been saying all this violent stuff that I’m gonna do. [in a mocking Vince McMahon voice] ‘I’m gonna rip your head off in Hell in a Cell!’ And I’m like, no I’m not. Not at all. There’s gonna be no blood, whatsoever. There’s no intensity or violence whatsoever! It’s just the same hokey crap you see, you know. You can make a horror movie looking trailer, [mocking McMahon voice] ‘Hell in a Cell!’ all you want, but its not gonna be that. In that scenario [the Janela fight], I was like, ‘Welp, we’re going balls out, because I’m not gonna be in the business of disappointing the fans’. I’m gonna push the physicality level for my part in AEW, you know.”

“And when I say violence, it doesn’t necessarily mean chairs, tables, and barbed wire. It means that I’m trying to hit you so hard and put my fist through your head. I’m not here to do some gimmicky song and dance or play around or do some cart wheels before I do a little spinney thing. I’m not trying to do any of that. There’s plenty of guys who are gonna do plenty of flashy stuff. I really can’t, so I’m not even gonna try.”

“I’m coming right at you; I’m trying to hurt you. I wanna bring that physicality and that intensity and that violence and that aggression to my matches, whether they be three minute hailstorms of fists and boots or 15 minutes or whatever. That’s the way I like to wrestle. That’s just the way I naturally am in the ring and I wasn’t allowed to be that.”

WWE continues to do what they want which is their prerogative. They have the largest platform and need to appeal to a broad fan base. Their TV-PG criteria is also strictly obeyed in most situations. That being said, Vince McMahon can hype things all he wants, but if the limitations are still on those competitors then it makes things very difficult to produce something special in the ring.