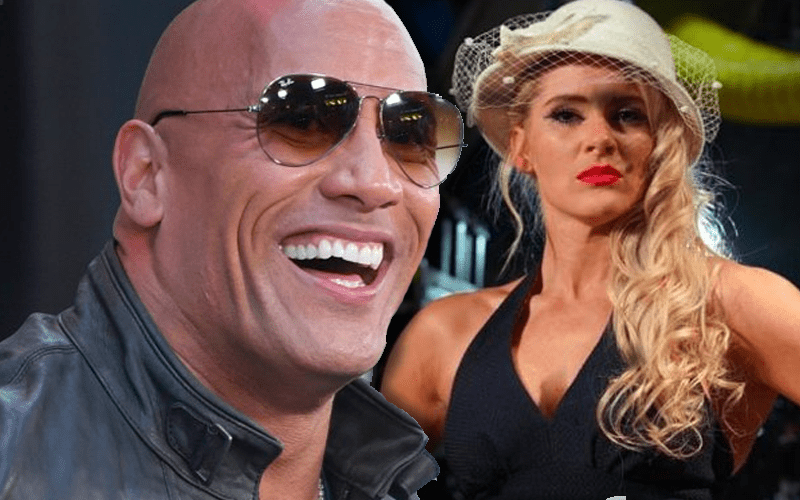 The Rock might have left WWE for a Hollywood career that continues to skyrocket, but Lacey Evans says she’s picking up his slack. The Great One recently took a shot at Evans and he had trouble remembering her name. This was not acceptable for the Lady Of WWE.

Evans returned fire to The Rock in a big way. She not only corrected the fact that he couldn’t remember her name, but she also said that she has “more charisma in my bad ass pinky finger than this entire company you left behind.”

Those were some pretty bold words, but Lacey Evans has never been the kind to keep anything to herself.

I’ve got more charisma in my bad ass pinky finger than this entire company you left behind. You can #ThankMe later for picking up where you left off.

The Rock is worth a lot of money to some very important people in Hollywood. It’s simply not worth the risk to wrestle which is why he’s not performing when he can. The fact is we might never see The Rock wrestle again.

Lacey Evans sees no problem with picking up where The Rock left off. Those are some pretty big shoes to fill, but Evans doesn’t seem to get shaken easily either.