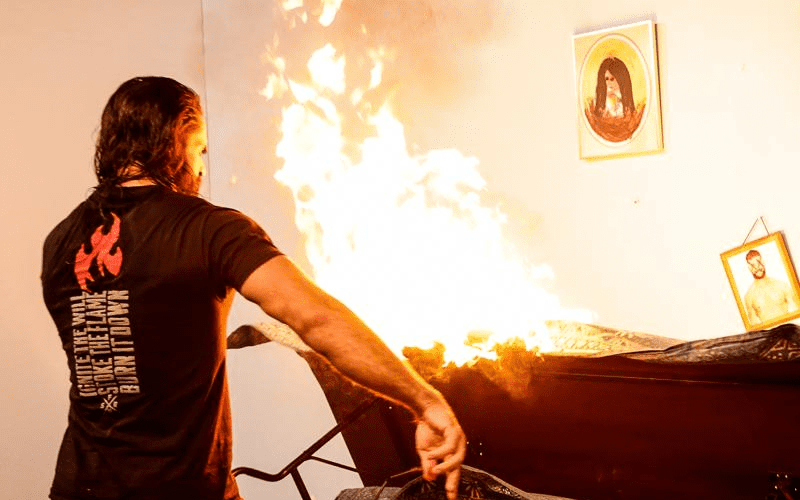 Seth Rollins has a lot of explaining to do after last week. He set the Firefly Fun House on fire and left Ramblin Rabbit as a charred mess to mourn. Rollins still has a match against Bray Wyatt at WWE Crown Jewel, but he will address his actions next week on RAW.

WWE sent out an official preview of Rollins’ upcoming segment. They promised that he will address those arsonist actions on RAW this week. His slogan might be “burn it down,” but The Architect took things a bit too far.

After escalating his issue with “The Fiend” Bray Wyatt in fiery fashion ahead of their Falls Count Anywhere Match that can’t be stopped for any reason at WWE Crown Jewel, Rollins is set to address his actions live on Raw.

Let’s just see if Seth Rollins can get through this segment without The Fiend seeking vengeance.

WWE Crown Jewel likely won’t be the last time these two meet because they are also advertised for a cage match just a few days later. Wyatt is also slated to remain on RAW throughout November.