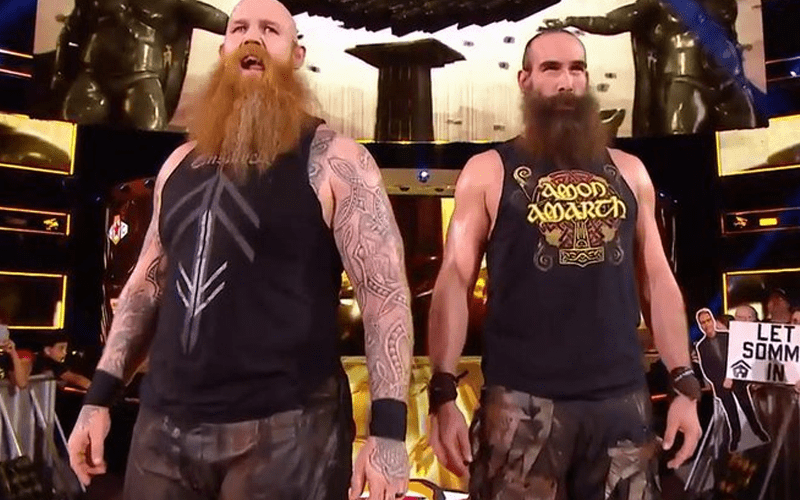 Luke Harper and Erick Rowan entered the WWE Universe as members of the Wyatt Family, but that stable is done. Even though they are no longer following the buzzards, Rowan and Harper kept finding their ways into each other’s stories in WWE.

Now the two are officially separated once again. Luke Harper sent a message to his old tag team partner and friend upon their recent split. He also advised WWE to let Erick Rowan talk and be the Big Red he can be.

Leave the memories alone, Larry. Until next time Big Red.
Erick Rowan deserves all the success that he achieves and for some reason no one is willing to give him the credit or believe in him. Well I think he’s made you all believers now. He never needed me but somehow for the last 8 years we’ve always found our way into each other’s corners. I know he’s gonna tear it up on Monday Night Rowan. Let him talk, let him kill and let him be happy. I cherish you as a friend big man despite the rough start, ha ha.
I’ll see you down the road .

Vince McMahon isn’t a fan of Luke Harper and that’s unfortunate. He can do a lot of things that other big men can’t and he has a lot to offer. Erick Rowan might be getting a much larger spotlight on RAW. At least, that’s what Harper is hoping for his former tag team partner.