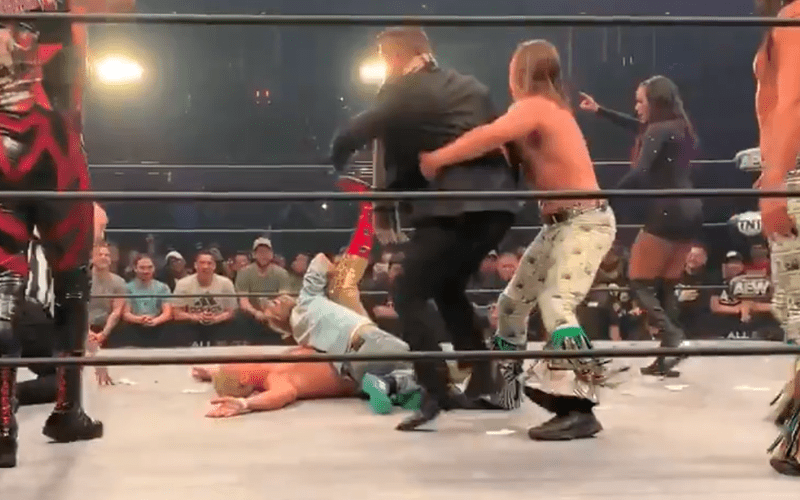 AEW is all about fans, especially the young ones who dress like Orange Cassidy. This is especially true if it is the kid’s birthday. After AEW Dynamite was over, one very lucky fan got an experience he will never forget.

There was a kid dressed as Orange Cassidy sitting at ringside during the entire AEW Dynamite taping. After Dynamite and AEW Dark was over, Cody Rhodes invited this young fan into the ring.

Rhodes brought a referee to the ring next and they reenacted the legendary “Finger Poke Of Doom,” but MJF really didn’t want the kid to get a pinfall on his best friend Cody.

What happened next was some major hilarity. MJF got in the kid’s face, but he still made the pinfall as Rick Knox did the honors and counted. It was a pretty great clip, but Jim Cornette is probably going to hate it.