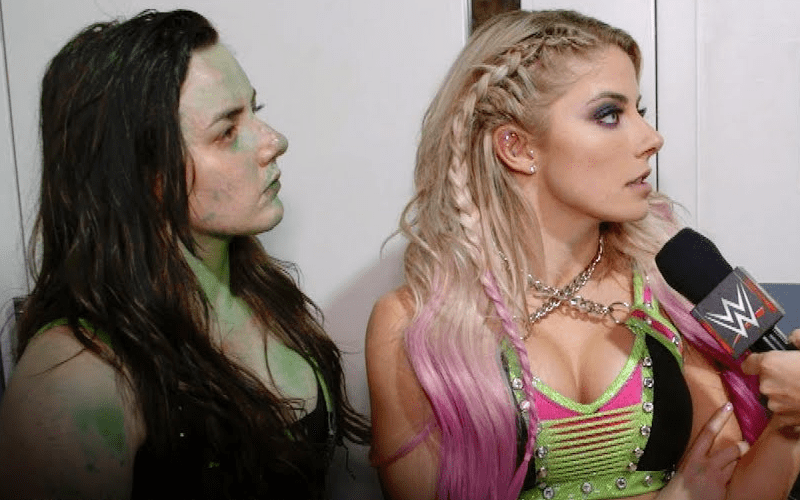 WWE held their draft this week and then Triple H appeared on WWE Backstage for a big announcement. That revelation really shook up the SmackDown Women’s Division.

Alexa Bliss seemed to welcome this trade as she tweeted out: “Welcome back to our home Nikki Cross.” Her tag team partner Cross was a little bit more excited than Bliss to be back on the blue brand.

Arhhdjdjdjdjdj im so excited!!!! I’m going out to buy blue socks ! Il get you matching ones

The Kabuki Warrior will still travel between brands as WWE Women’s Tag Team Champions so Bliss and Cross can still win the titles back. Only time will tell what WWE’s plan is.

It is interesting that both Bliss and Cross were drafted separated, but they were later traded together.