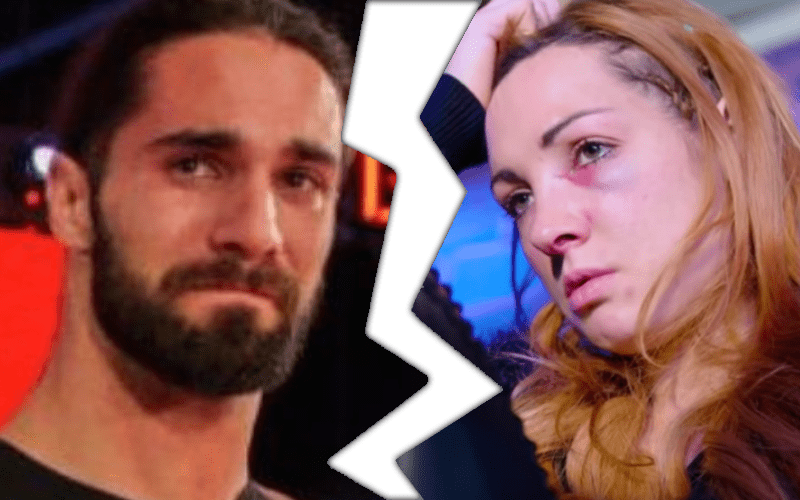 The WWE Draft is coming up on October 11th and 14th and the action will start this Friday, but it will carry on through Monday’s episode of RAW. It is always interesting to see who will get changed around, especially if they are in a relationship behind the scenes.

WWE has a plethora of real life couples who are really in a relationship behind the scenes even if they have nothing to do with each other on camera. Anyone is fair game when it comes to the WWE Draft.

Corey Graves & Carmella, Andrade & Charlotte Flair, Becky Lynch & Seth Rollins, and more could find themselves on separate brands when everything is said and done.

The company usually tries to keep real life couples together. Charlotte Flair reportedly used some backstage clout to get Andrade moved back over to SmackDown after he and Zelina Vega were moved to RAW. This also caused Aleister Black to take a reassignment to the blue brand since he is married to Zelina Vega. This might not be the case this time.

Fox could play a very interesting role in this situation because they have people that they want. One of the people that Fox wants is Charlotte Flair which makes it very complicated because Paul Heyman wants Aleister Black for RAW. That is just one instance of a considered switch and it could break up at least one couple.

We will have to wait and see what happens, but Becky Lynch has also been appearing on an awful lot of SmackDown promotional material. Seth Rollins and Lynch are both top champions on the red team too. If history has told us anything it’s that champions are not immune in a draft situation.

We will have complete coverage of the WWE Draft right here at Ringside News. It will be a very eventful week, but that’s really nothing new in the pro wrestling world because there’s always something going on.