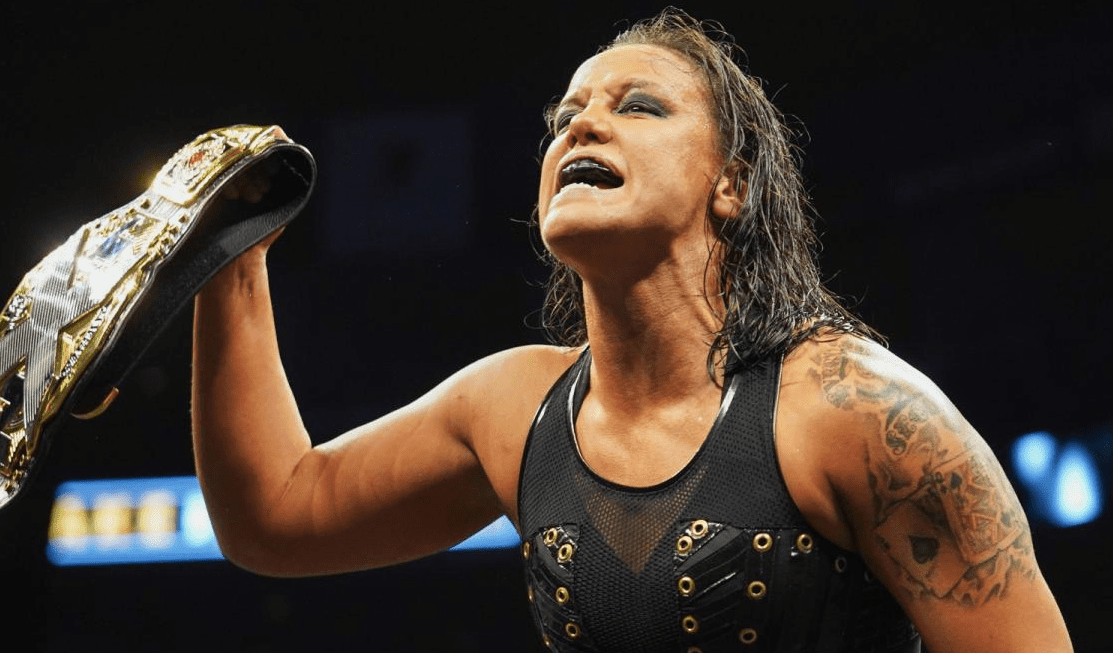 Shayna Baszler is a very unique character, but she can’t really let everything out while on the USA Network.

Newsweek recently spoke to the NXT Women’s Champion where she admitted that it’s been hard having to watch her mouth on screen. She also pointed out a time when she wanted to wear a t-shirt paying tribute to her love of 1969 Mustangs but it didn’t pass the censors.

“It’s been an interesting thing to have to worry about different TV aspects like watching your mouth or something like a t-shirt you wear.”

“I don’t know if this is a story I should tell, but I have a 1969 Mustang, and it’s my prize possession. I have a shirt that says ‘I heart 69 mustangs,’ so I was going to wear it and I put it on social media but just the camera shot showed ‘I heart 69’ and they were like, ‘No we are on tv now, so you can’t.’ It’s stuff I didn’t think of because I’m just all about my car. The point of [the performance center] is to groom us for TV, so when it was time to pull the trigger, we found that we were more ready than we thought. It was scary until we got in there, and then it was ‘OK, we got this.'”

This is why a majority of WWE Superstars just wear their own merchandise. It also encourages fans to go to the Shop Zone and pick up some merch.

Either way, it’s nice to know that someone backstage in NXT is making sure that their Superstars don’t wear profane clothing, even if that’s not the intention at all.