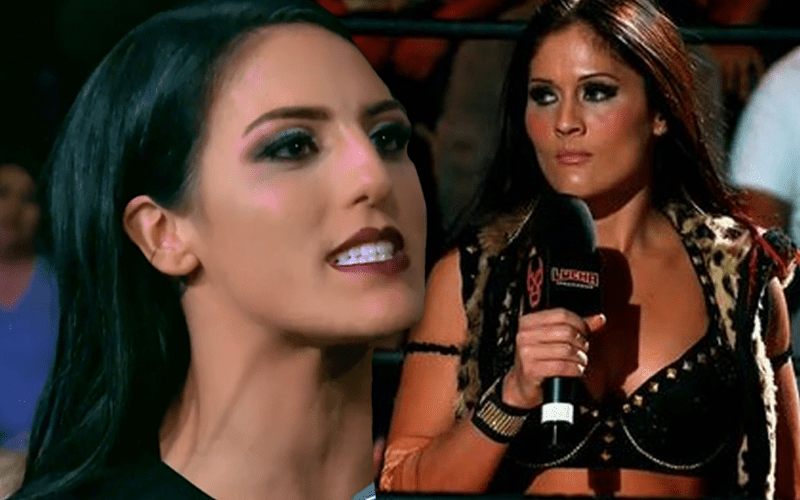 The professional wrestling world can get mighty competitive. This can sometimes lead to real heat between performers which might cause a company to simply not book one of them to avoid a confrontation.

While speaking to Women’s Wrestling Weekly, Ivelisse opened up about her frustrations. She was stuck in a Lucha Underground contract and they didn’t use her for their joint show with Impact Wrestling. This was due to heat she had with Tessa Blanchard.

“It wasn’t really about money – it was too much of a dark time in between and the places that they were doing partnerships with, like TNA and stuff like that, the politics side weren’t helping me personally, and my situation personally was not working for me.”

“I had no other options, so I was just completely stuck, and being in the dark that long, and also just having broken my ankle, and me personally, it didn’t help me at all. It all added up… and another thing too that played a part is that I wasn’t 100% on the same page of what I wanted out of my work with Lucha underground, with the writers. I’m not knocking on the work they did for others – personally, for my work, we weren’t always on the same page. But regardless, we did what we could to find a happy medium. More so than anything, it was just down to that there was no way to make up for that, like those long dark times without knowing.”

At the time, Ivelisse wasn’t happy about not getting booked for Impact Wrestling’s collaboration event with Lucha Underground. So, she got on Twitter and let everything out:

Since the collaboration between brands, not once included in any of these joint projects, and when they did contact me out of the blue for a program, they canceled the night before I flew out for no reason whatsoever. Soooo uummmm, again, let me GO

Squared Circle Sirens’ Casey Michael pointed out that this probably had something to do with how Ivelisse “sh*t talked” Tessa Blanchard on Instagram. Then Blanchard chimed in to really clear things up.

Her exact words to me were “I never had a family name, I had to work for everything I have from the streets.”

I have dealt with people like that since I started and I am much stronger than those people.

It seems like this could be water under the bridge at this point, but it is still somewhat of a sticking point with Ivelisse. At least she says that she’s over the drama now.