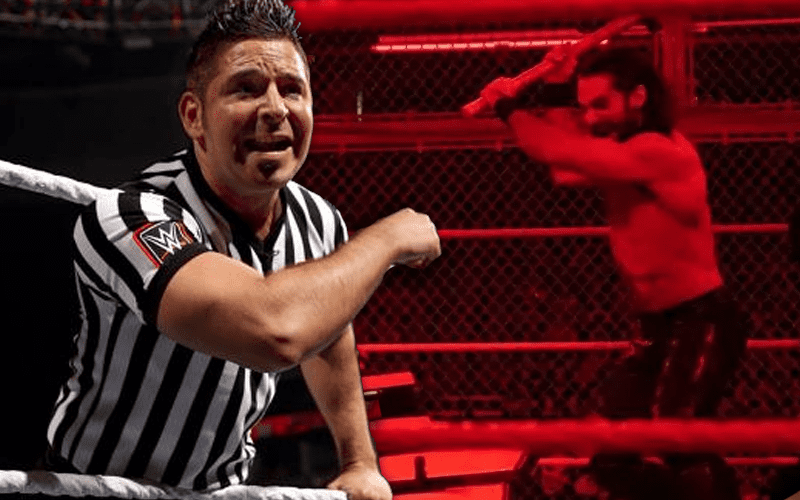 WWE Hell In A Cell could go down as one of the most disappointing finishes to a pay-per-view in WWE history. It will at least stand out in recent memory for some time to come.

The referee called for the bell as soon as Seth Rollins hit The Fiend with a sledgehammer while covered by several weapons. This sledgehammer was about 4x smaller than the comically oversized one Bray Wyatt had previously used in the match.

During WWE’s The Bump, referee Rod Zapata explained why he called off the match.

“With Bray motionless, and Seth clearly doing whatever it was going to take to win that match…I had to think of the competitor’s safety and at that moment, I did what I thought was best.”

That’s a cool story, but it didn’t help the Sacramento fans when they were chanting for refunds and AEW.

Hopefully, WWE will be able to bounce back from that awful finish, but they could have booked themselves into a corner. With a draft coming up on the 11th and 14th that could change a lot of things and be a big reason why Bray Wyatt couldn’t leave Hell In A Cell as champion.