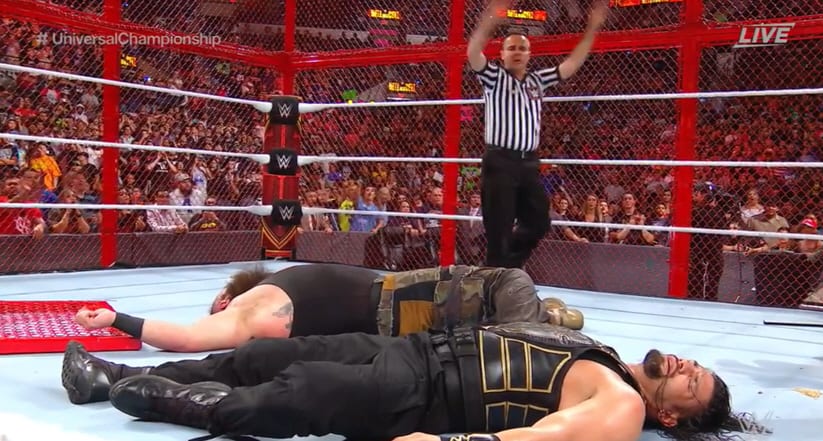 As seen at tonight’s WWE Hell in a Cell event, Brock Lesnar returned to the company and destroyed Braun Strowman and Roman Reigns in the main event of the show. The match ended up going to a no contest and WWE quickly went off the air.

This apparently didn’t go over very well with fans in attendance at the AT&T Center in San Antonio, Texas. We have been told by our correspondent at Hell in a Cell that fans were furious and a “this is bullshit” chant erupted throughout the arena as the show was going off the air.

Below is footage of the chants.