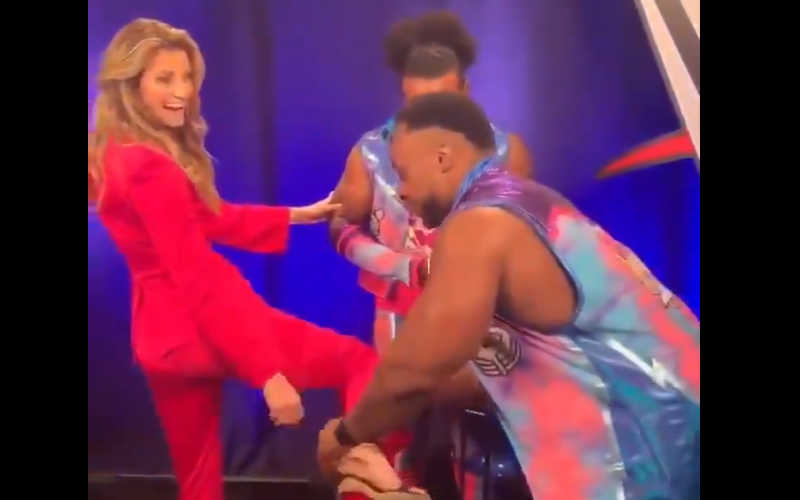 WWE brought a loaded show to the Staples Center for their big FOX debut. The ratings were also quite impressive and it could have had a lot to do with the special guests that they invited.

When Todd Phillips used to do backstage interviews for WWE they often made him stand with his legs split so he appeared shorter. He would sometimes crouch as well. It looks like Erin Andrews was too tall to interview the New Day so she had to lose her shoes.

As you can see in the video below, Andrews needed a little bit of help removing her shoes. It wasn’t something she probably expected from the sound of it either.

WWE likes their Superstars to appear larger than life and when an interviewer is taller than the wrestlers it gives off a look that Vince McMahon doesn’t like.

It’s a good thing that Erin Andrews was super cool about doing this.