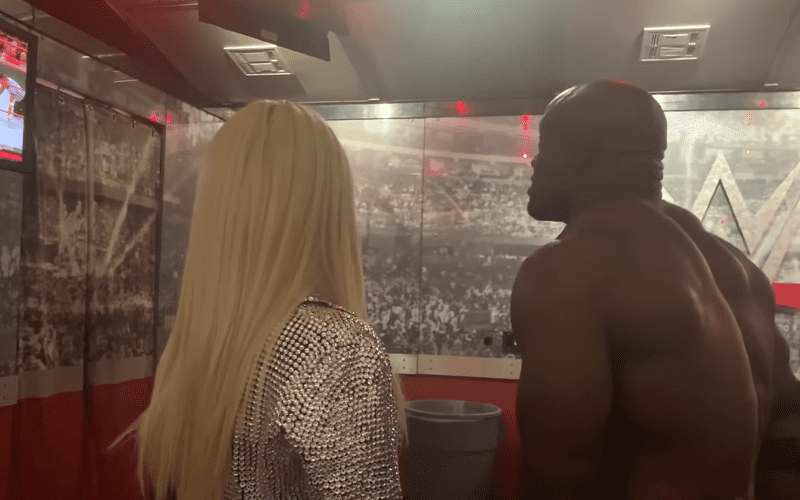 Lana and Bobby Lashley surprised the world when it was revealed that they are now a couple in WWE. Now Lana is sharing a behind the scenes look at her appearance.

She had a camera with her the entire time. Lana was picked up in an SUV sent by the company and she had her dog with her too.

Mark Carrano called her and we heard a bit of their conversation as well. Then once she arrived at the arena, Lana and Lashley shared a trailer and she even recorded him changing his pants.

Lana also revealed how expensive her outfit was and how much trouble it took to get it to her.

When the time came for Lana to make her big return, she knew what to do. Then it was all action in front of the WWE Universe… by kissing Bobby Lashley in front of millions of people including her husband Rusev.

You can check out the video below. Lana said that she had a really good time too… if you know what she means. Yes, Lana, we know exactly what you mean.