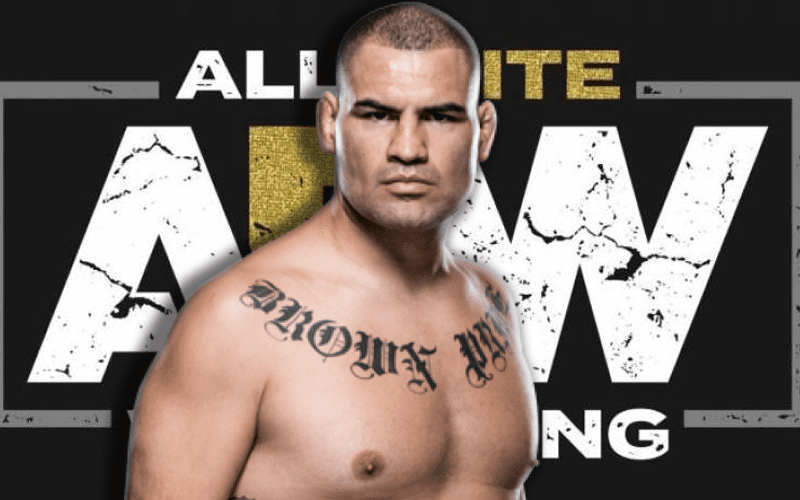 Cain Velasquez is now with WWE, but there is no contract set in stone just yet. One is being worked on as a big match is reported scheduled for Saudi Arabia.

Marc Raimondi reported that UFC had to give Cain Velasquez permission to make this angle for WWE happen.

During Wrestling Observer Radio, Dave Meltzer expanded on Cain Velasquez’s current situation in the pro wrestling world. He stated that Velasquez was in talks with AEW very recently, but they obviously didn’t match WWE’s offer.

“I know that Cain has talked to AEW within the last 7 to 10 days, I don’t know exactly the last time they talked. But I know when they were talking and it was you know, recent as Hell. So, I mean really recent. Because I know that Cain’s people went to AEW and was like, ‘This is what we got.’ Obviously, it was a big number because AEW didn’t match and I know that the AAA show’s off in Los Angeles. His deal with AAA was I think exclusive to the third show so when they cancelled the third show that made him able to do this angle tonight. I think they may have worked something out to do this angle even if he was under contract with AAA to do one more match.”

We will have to see how WWE uses Cain Velasquez from this point on. It seems that WWE could have some big plans for Brock Lesnar’s new feud, but they need to iron out some details first. If anything, they’re off to a very exciting start.