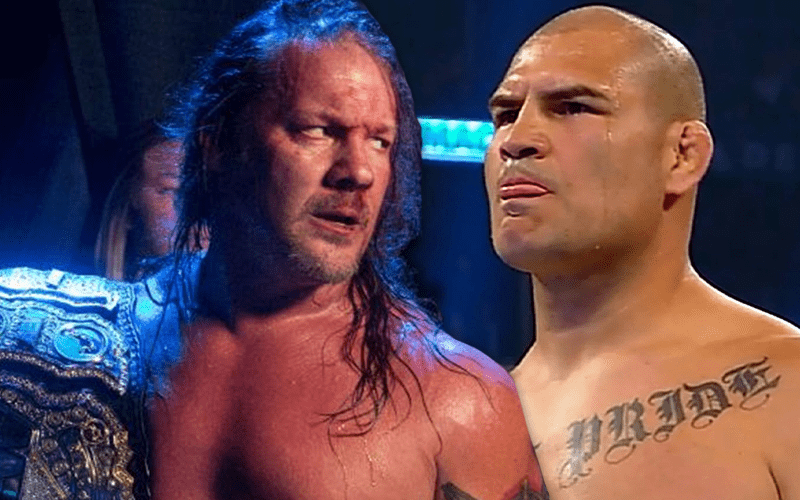 Chris Jericho isn’t performing in WWE anymore, so he must not realize that Cain Velasquez was WWE’s big SmackDown surprise. Maybe he does. Either way, he just took a great shot.

Cain Velasquez surprised fans all over when he made a big surprise debut during the Friday Night SmackDown debut on FOX. Chris Jericho might not be too impressed.

Y2J replied to a photo of Cain Velasquez in the ring asking: “Who’s the skinny fat guy?”

That is a pretty big dig and very interesting especially considering how AEW was trying to snag Velasquez to a deal. WWE’s price was apparently enough to get the former UFC Heavyweight Champion instead.